As readers of this blog know, I’m not a fan (with the rare exception) of the Northwest style of IPA. I acknowledge and accept that the IPA has its place, and the style is truly loved by some, but the trend over the last few years for virtually every big beer bar and virtually every beer festival to dedicate a quarter to a half of the available taps to IPAs has been an ongoing irritation. 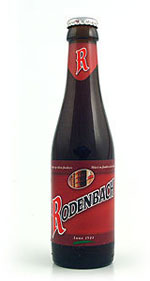 So it was with great pleasure that I read a recent post on Dr. Wort’s Buzz-erk Beer Blog: Shifting Beer Trends: IPA OUT – SOUR IN!

Nate calls the LATE IPA trend, the “obscene hop content” trend. I for one will be glad to see it die down…. Nothing worse than walking into a pub or brewpub that has 85% of their beer selection IPA’s. That’s just obnoxious!

I think anyone would, rightly, balk if 85% of taps were dedicated to sour beers. But this is how it is with IPAs right now. My (perhaps naive) hope is that a few of the IPA taps be replaced, not exclusively with sour ales, but a variety of other styles! However, if all IPA taps were replaced with sour ale taps, I would enjoy that a lot more than the current situation.

In the blog post Dr. Wort reminds us of the beer style trends that came before IPAs: stouts, pale ales, weizens. And explains what, exactly, a sour beer is. For one thing, the moniker encompasses multiple styles:

It’s really way to generalized a term covering a vast expression of “Styles” from Lambics to Flemish Reds to Berliner Weisse. All three of the beers are completely different from each other. Generally, all these beer are Tart or Sour or funkified to some degree with Wild Yeasts and Bacteria.

And recently I stumbled upon a great resource for finding Lambic and wild ales in Portland: