Updates for 2011: Things to Do In Portland on New Year’s Day

Unfortunately many bars and restaurants are closed on New Year’s Day, to recover and clean up from the previous night’s party. Most of the bars that are open have TVs and thus will be showing football all day. So yeah, there’s the Rose Bowl; I figure everyone who wants to watch it already has it planned out, whether at home, at a friend’s, or at a bar.

So what about those of us not particularly fond of American football?

Please leave a comment if you know of a local place that’s open for business on New Year’s Day – I’ll add them to the list below:

Powell’s Books (1005 W Burnside) is open 10am to 9pm. And unlike on Xmas day, all the other locations are open too.

The Oregon Zoo is open 9am to 4pm.

Most movie theaters and bowling alleys are open.

The Bicycle Transportation Alliance invites you to a New Year’s Day Bike Ride. A 50 year tradition, this year’s ride is all about the Best and Worst of 2009. The ride starts at Waterfront Park under the Morrison Bridge at noon. Please RSVP! (via Around the Sun)

Kenny and Zuke’s, both locations, will be open, as I learned on the following thread on PortlandFood.org: Open New Year’s Day Lunch.

Prost! (4237 N Mississippi) opens at noon, serving up Bloodies and bier (according to the Facebook page). They’re showing the football game too, though they only have one TV above the bar, so it might not be too imposing.

And many of the places that were open on Christmas day are also open on New Year’s Day (give them a call first though to make sure!).

TriMet’s buses and MAX will be running on Sunday schedules, the streetcar on a Saturday schedule.

New Year’s Eve is not one of my favorite holidays. For one thing, I’m usually asleep by the time 12:00 rolls around, and thus I am rudely awaken by the neighbors’ fireworks and other noisy antics. For another thing, I don’t like to be on the roads that evening because 90% of the cars out there are driven by either cops or drunks.

However, there dozens of great parties and events on New Year’s Eve, and it is my duty to let you in on what I know – which is that, just like last year, PDX Pipeline is on the case, with 30+ Portland New Years Eve Events & Parties 2009/2010.  And visit Portland Food and Drink for more food oriented New Year’s Eve events.

If you’re looking for New Year’s Eve fireworks, Mount Hood is the place to be.

Transit is free after 8pm on New Year’s Eve. TriMetiquette has the bus, MAX, and streetcar lowdown.

Wow, it was quite a surprise to arrive home this evening on a flight from sunny and warm Long Beach, California to find that Portland had thrown out the fluffy white welcome mat. Mile73‘s Heather and I spent Xmas with her lovely and amusing family in Los Angeles. We’d glanced at the Portland forecasts, and had no inkling that we would be arriving home to Snowpocalypse 2.*

The Red Line from the airport was the most crowded I have ever seen it, but Heather and I staked a claim to a spot by the door and a handhold on the overhead bar. There were some TriMet bad weather schedule shenanigans at the Rose Garden, but we finally, after a surprisingly short time, made our way home to find a kitty starved for attention and a 55 degree apartment.

Anyway, I apologize for the lack of posting the past few days, and am pleased to inform you all that Dave Knows Portland is returning to a normal programming schedule as of right now.

* Just a little over a year ago we had some pretty nasty weather too, as you may recall. You may recall from last winter the gem below from Mike Vogel: 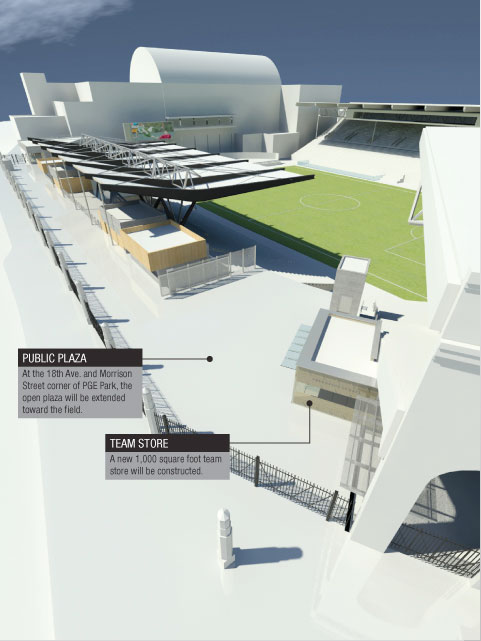 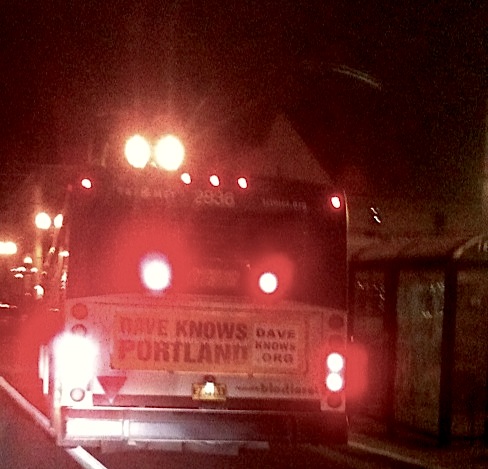 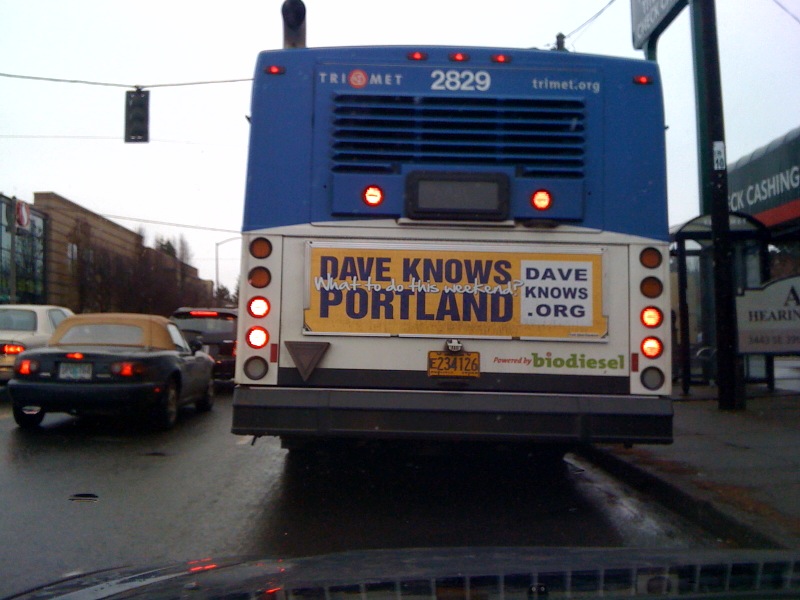 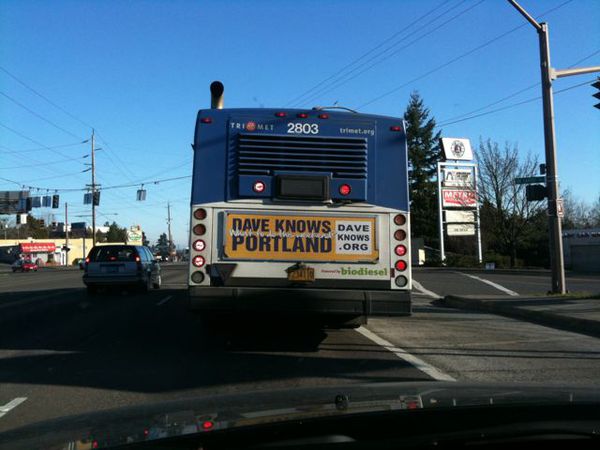