What the hell is DASH?

DASH (Different Area—Same Hunt) is a one-day, outdoor, walking puzzle hunt which takes place in several cities across the country on the same day.

What the hell is a puzzle hunt?

A puzzle hunt (or “treasure hunt”) is a fun, interactive event in which teams of players race to find and solve creative puzzles in different locations. You may have heard of “The Game.” By comparison, DASH is a shorter event, takes place entirely on foot, and features shorter puzzles.

Anyway, the next DASH takes place on April 24th, and Portland is one of 10 cities participating. Registration has begun ($30/team – sign up before the 20th!). (If you’re interested, but not sure about forking out $30, there’s also a free play test on April 10th – email PDX@playDASH.org for info!)

For more clues as to what this whole thing is about, a recap of the September 2009 event is available, and all the cities’ puzzles – with solutions. There are also more FAQs on the DASH website.

All of this is run by local puzzle masters CKL+D

It’s been a while since the last Timbers Tidbits. The formerly regular feature had pretty much been replaced by the Friday Timbers news roundups. But damn if lately there hasn’t been a lot more Timbers (and Timbers-ish) news out there – more than I can reasonably handle in a single weekly post. I attribute this to two key factors: the 2010 season is about to kick off (April 17!), and MLS is on the 2011 horizon.

Last Friday afternoon the Timbers defeated Vancouver 2-0 in preseason play. I don’t put much stock in the preseason, I think mainly it helps the coaches see what they got, and it helps the players build their fitness, but this preseason has been impressive: wins at OSU and Vancouver, a draw against San Jose, and a win against a hyped MLS side.

With the season right around the corner, we naturally begin taking stock . . . which is exactly what Bob Kellett has done at The Woodwork: Taking Stock with Three Weeks to Go.

In that piece, Bob points to what he rightly calls an interesting map assembled by Andrew Guest over at Pitch Invasion. Oregon impresses.

Also at Pitch Invasion, and also by Portland based soccer writer Andrew Guest, is an interesting analysis of fan culture: A Mental Game: Us versus Them and the Social Psychology of Fandom. The Portland rivalry with a club up north features prominently.

And there’s more tangentially Timbers related meta soccer news at The Oregon Economics Blog, which takes a look at trends in American soccer team crests in Soccernomics: Crests. We all hope Merritt makes the right decision regarding an updated Timbers crest – release promised in June.

The recently established 107 Independent Supporters Trust (107ist) board elections are in full swing.

Your ballot will help decide which 11 107ist members will serve as the board for the 2010 season. The 11 candidates receiving the most votes will become your 107ist Council of XI. Although a normal term of office is 3 years, these members will serve for 1, 2, or 3 years, depending on how many votes they receive. The window for this election will run from 12:01 AM on March 29, 2010 until 11:59 PM on April 10, 2010. On April 11th we will announce the results of the election at a meeting at a place to be determined soon.

If you’re already a member, you should already have received your ballot (if not, email elections@timbersarmy.org with your concerns and questions).

In other supporter related news, TimbersArmy.org has opened a store. The offerings currently include stickers, t-shirts, and pint glasses. Prices are cheap (e.g. $10 and $12 for t-shirts), and the coolest thing is that all merchandise proceeds will go towards 107ist operations and activities as well as charitable organizations.

Another supporter group is forming, for now known as the Cider Girls Redux. This is a supporters group for the women of the Timbers Army. More details at the facebook page and this thread on SCUSA: Calling all Timbers Army Ladies.

And the final supporter news: You may know the Rowdies as those kids with the beer bong at the tailgates. Now they have their own website too: RowdiesPDX.org 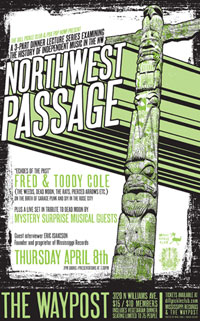 The Dill Pickle Club and PDX Pop Now! are producing Northwest Passage, A 3 part dinner lecture series examining the history of independent music in the NW.

“Echoes of the Past” with FRED & TOODY COLE . . . on the birth of garage punk and DIY in the Rose City

It’s quite possible that no other group or musician fully encapsulates the ethos of NW independent music more than Fred and Toody Cole. From Fred’s early years with the Weeds and Lollipop Shoppe (when he opened for The Doors, Janis Joplin and Jefferson Airplane, among others), to his fateful meeting with Toody, and their formation of the Rats, Dead Moon and Pierced Arrows – the Coles have rarely slowed down in their 45 years of rock n’ roll, touring and living life on their own terms.

Tickets are $12 (with special deals for existing and new Dill Pickle Club members – check the website for details).

Oh, and what the hell is The Dill Pickle Club?! It’s a creative cultural center dedicated to providing an experimental forum for critiquing contemporary culture, politics and humanities in Portland, OR. 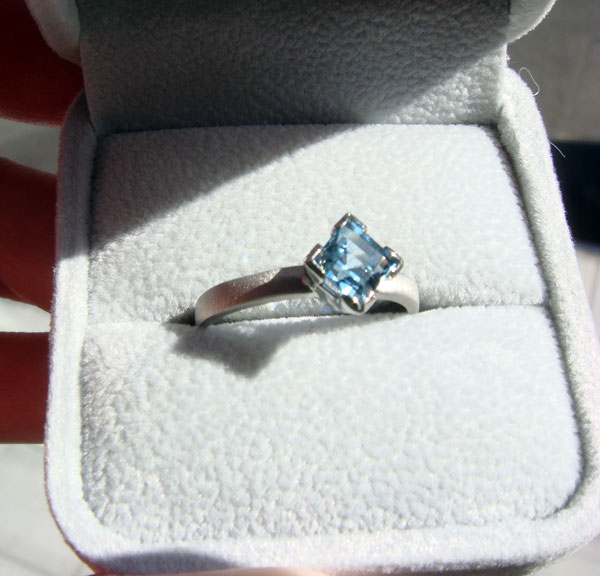 OMSI’s Science Pub topic for the Tuesday, March 30 edition at the Mission Theater (1624 NW Glisan) is Sex, Relationships, and Technology.

The Internet has changed the way we communicate, do business, and access information. But how has it affected our sexuality and sexual relationships? Can a person truly fall in love with someone online? How has “sex-tech” altered our view of intimacy? Learn more about how the Internet is rewriting the rules of romance and some of the fundamental principles of psychology as well.

The presenter is PSU professor and researcher L. Kris Gowen, PhDAs. She has been has been a sexuality educator for over ten years and is a section leader for the American Association of Sexuality Educators, Counselors, and Therapists (AASECT). And she blogs about how the Internet impacts teen sexuality for better or for worse. We talk about social networking, sex education, online romance, internet predators — anything that ties teen sexuality to cyberspace at Virtual Mystery Tour

Doors open at 5pm, and the presentation starts at 7pm. $2 suggested admission, 21 and over but minors are allowed with an accompanying adult.