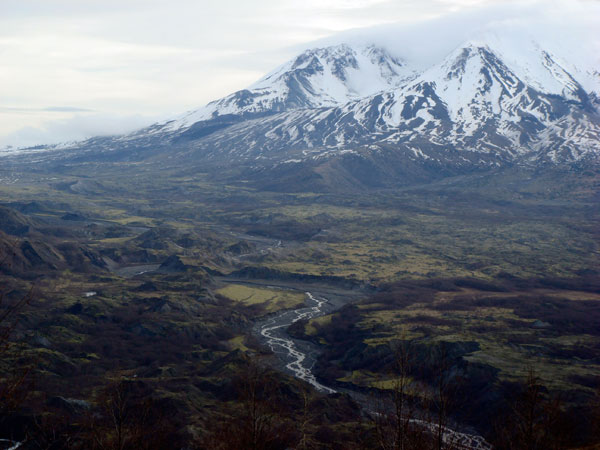 Thirty years ago today, Mount Saint Helens blew its top. I was eight and saw the massive plume of ash from Portland.

Heather was living on the East Coast in 1980, so her memories of the eruption are from National Geographic. However since she’s moved here we’ve made a few pilgrimages – once in 2008, and also January this year. Go check them out for Heather’s titillating prose and impressive photographs.