For the second year in a row Heather and I descended upon Astoria, Oregon for the Scandinavian Midsummer Festival. 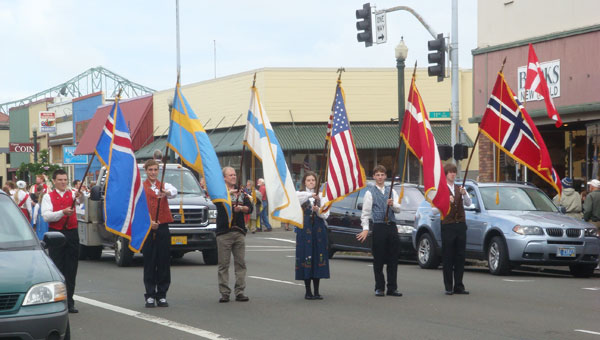 We arrived in town Friday evening, so we missed the Coronation of Miss Scandinavia, the bonfire, and the queen’s ball. But Saturday we took in the Optog (aka the walking parade through downtown Astoria) and then made our way to Clatsop County Fairgrounds for the whole tamale. Here’s a quick, illustrated, recap (read a more thorough and better written re-cap at Mile73.com!):

At the fair entrance I made sure my allegiances were clear. 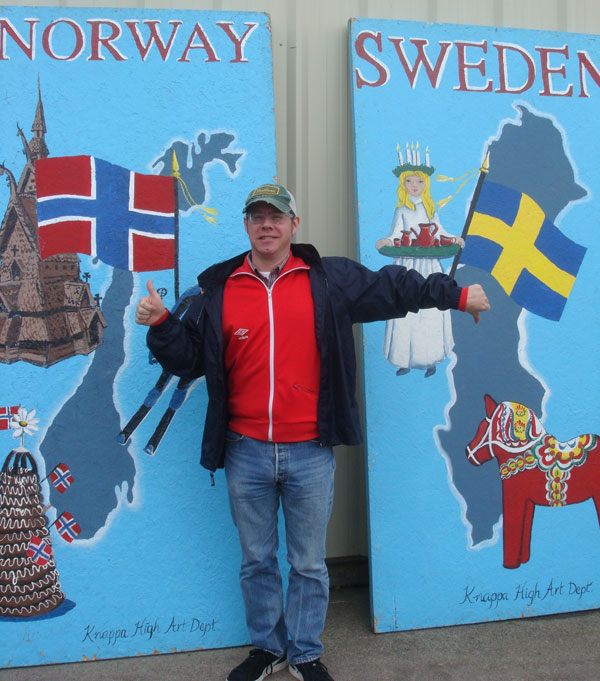 I tested out new axes for Timbers. This one wasn’t cartoony enough. 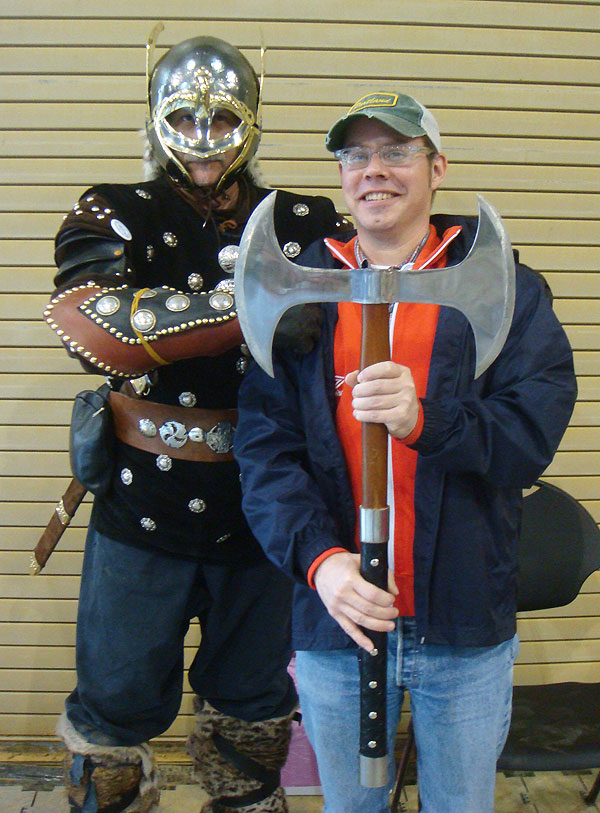 The band playing in the beer garden Saturday afternoon had this guy, on bass and oxygen. 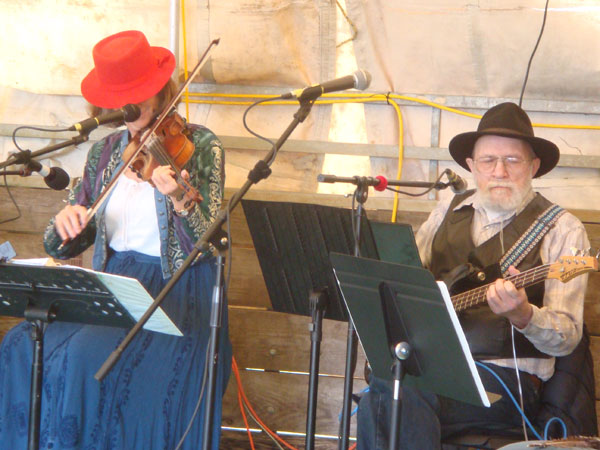 And of course we had some beer. 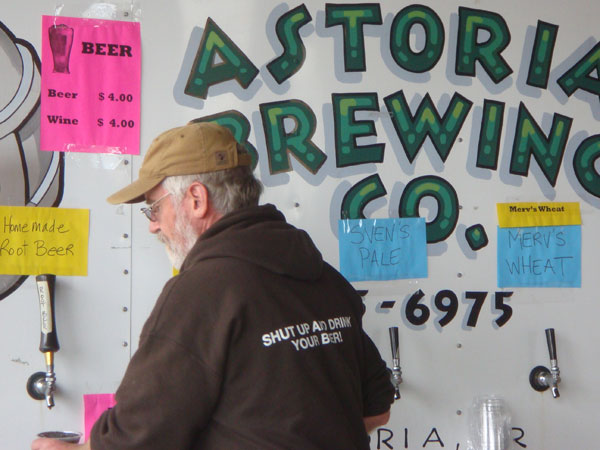 Sunday after we checked out of our hotel, we wandered around the Astoria Sunday Market.

You knew Clark Gable began his acting career in Astoria, Oregon, right? Yup, just before the theater (and much of the town) burnt down. And right before he sold ties at Meier and Frank in Portland. This plaque is adjacent to the public restroom. 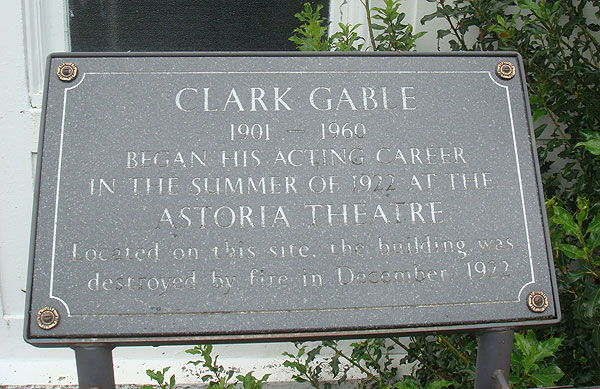 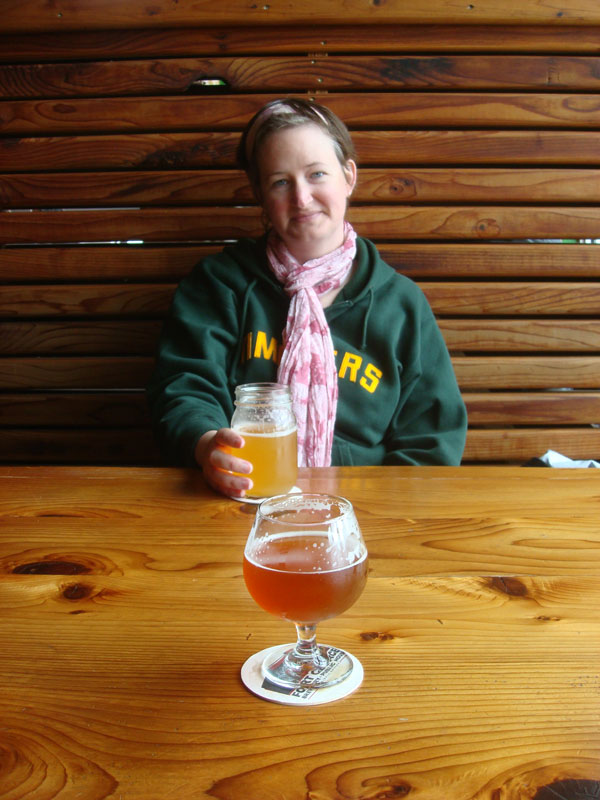 That’s all I got, but go visit Heather’s Mile73.com for more!