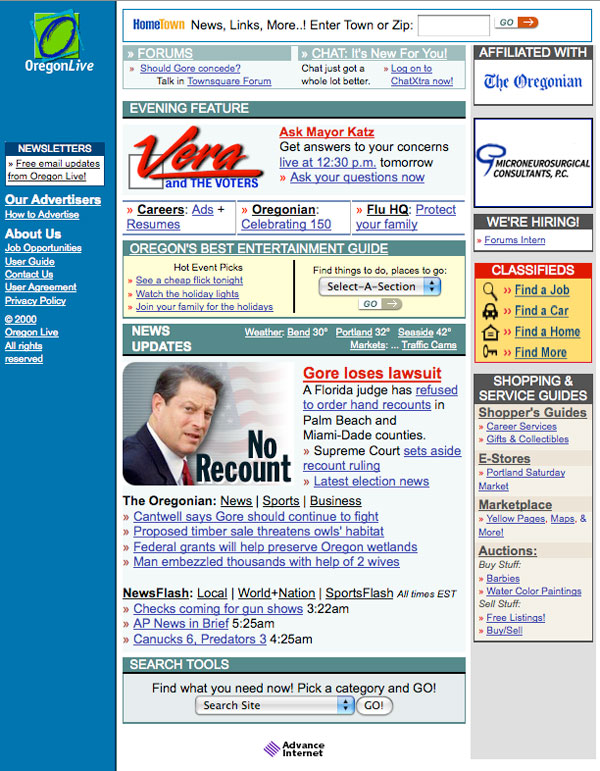 I’ve joked that the OregonLive.com website hasn’t been updated since 1997, but actually, it has. We can easily confirm this, thanks to the Internet Archive: Wayback Machine.

The image above is a snapshot of what the OregonLive.com homepage looked like almost exactly 10 years ago, on December 5, 2000. 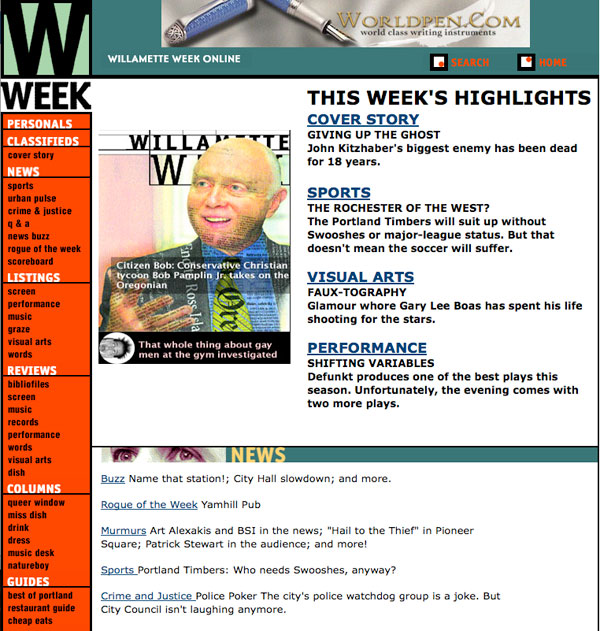 Actually the Willamette Week, on December 4 2000 sported a splash screen. The page above is what you would see if you clicked on one of the splash screen links, and then clicked on the “home” image link on the top banner on the next page. User experience design has come a long way in the intervening years. 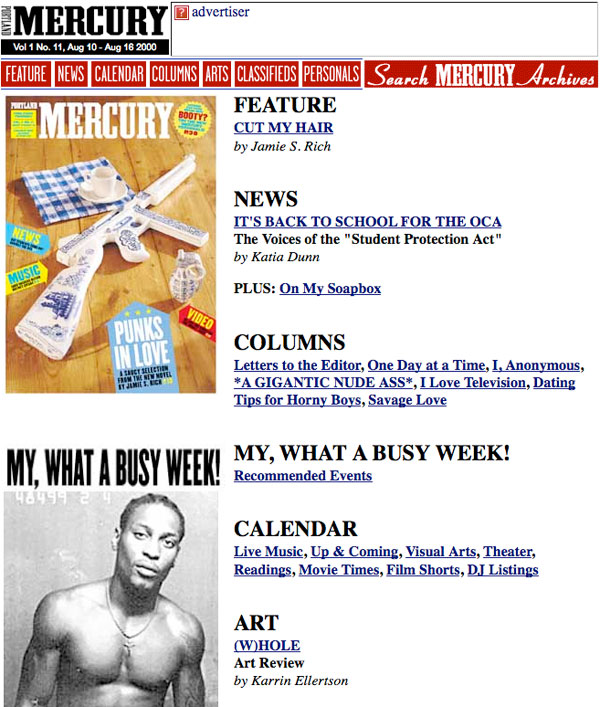 The Portland Mercury was relatively uncluttered on August 15 2000. Just as irreverent then as today though.

The PortlandTribune.com, in 2000, had begun publishing, but had a website “Under Construction”.

The old timers amongst you may remember the alternative weekly PDXS: The Pulse of Portland. The best I could find was this slick 1997 splash screen: 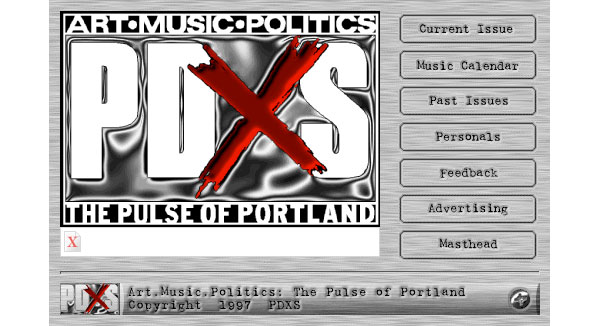