Fertile Ground, A City-Wide Festival of New Works features dozens of world premiere projects, staged readings and a myriad of other arts events from the Portland creative community. The 2011 festival runs from January 20th through 30th, with events at venues across the city. 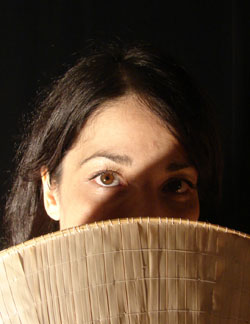 One such premiere project is the play Threads: The True Story of an Indiana Farm Girl in Viet Nam, written and performed by Portland actress, writer, foodie, and aural courtesan, Tonya Jone Miller.

In August of 1968, a farm girl from rural Indiana stepped off a plane in Saigon, Viet Nam. The people and events that led her there and her subsequent adventures make for an extraordinary tale that is truly stranger than fiction. Based on the life of the playwright’s mother, Threads is a one-woman show illustrating and illuminating how interconnected we human beings are, how we never know the influence a seemingly small action might have, and how in the span of an instant some people can change our lives forever.

Threads runs from January 27 to February 12, 2011 (8pm Thursdays, Fridays, and Saturdays, 6pm Sundays) at The Headwaters Theatre (55 NE Farragut Street #9). Tickets are $15 at the door or online at Hula Hub (Consider a $50 Fertile Ground festival pass if you plan to see two or more shows, but bear in mind he festival pass is valid only for Threads performances 1/27-2/6).