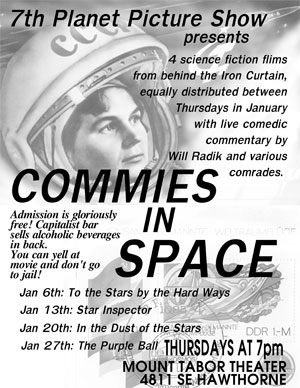 The Purple Ball is part science-fiction, part fairy-tale, all deliriously insane nonsense. Somehow it has a charm to it that also surpasses the other 3, but not enough to charm us into not making fun of it…

The film this week is The Purple Ball:

Spaceship Cyrno responds to a distress message sent from the planet TEM 4. But, upon arrival, the inhabitants deny sending any message, or that anything is wrong. Smelling the rampant fishiness, our heroes decide to stay for a while and investigate… [more]