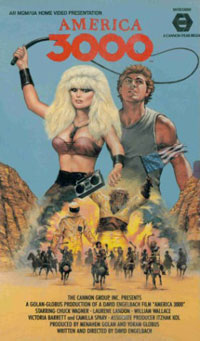 This future dystopia tale is set in what remains of the U.S.A. 900 years after a nuclear war. People have banded into clans, where women fight and win control over a region while men are held as slaves and divided into functional groups, such as laborers, servants, or those who father children. When the leader of the dominant female clan dies, there is a dispute over her vacated position; two sisters vie for the honor and are challenged by the leader of a another clan. Meanwhile, one of the men has found an old presidential bunker and a stash of weapons. His plan is to use his discovery to free the men at last.