Tulip Fest 2011 at the Wooden Shoe Tulip Farm in Woodburn kicks off Friday, March 25 and runs through Sunday, May 1.

“To celebrate the 5th anniversary of the Midnight Movie’s move to the Bagdad, Cort and Fatboy are bringing back ALIENS in 35mm” [more]

Mt. Tabor Presbyterian Church is hosting an all-you-can-eat pancake breakfast on Saturday, April 2nd 8-11am.
Proceeds will be split between building upkeep costs and relief efforts in Japan, post earthquake and tsunami. [more]

The Portland Timbers travel east for their third league match of the 2011 MLS season. Watch at a Portland Soccer Bar! Kickoff is at 4:30pm. [more]

The 2011 Trillium Festival, brought to you by the Friends of Tryon Creek, takes place Saturday and Sunday, April 2 and 3, 10am to 4pm both days. 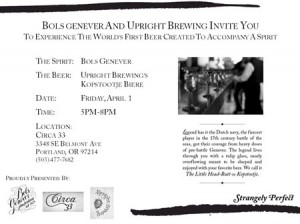 Billed as the world’s first beer created to accompany a spirit, the idea for the collaboration originated with local freelance writer, barista, mixologist and magician Jacob Grier. His goal was to create the perfect beer to drink with Bols Genever, served neat in the traditional Dutch tulip glass – a combo known as Kopstootje (pronounced kop-stow-che) and a common Dutch tradition found in every bar in The Netherlands.

Literally translated as a “little head butt”, a Kopstootje is the Dutch take on a “beer and a shot,” famously enjoyed by sipping from a tulip glass filled with Bols Genever and paired with a beer. With the ritual of the bartenders filling up the tulip glass to the absolute rim, the drinker bends forward to slurp off the top of the genever and then take the first sip of beer. It’s a ritual that is becoming very popular in the United States with the recent reintroduction of Bols Genever.

The beer Upright has created falls into the biere de garde classification, but with the addition of some of the same botanicals used in creating Bols Genever. For more on the beer and the inspiration read The New School‘s write up: A New Class of Beer.

Big Cunarder Is Launched in City, blared the headline. The Vesterlide, built by the Northwest Steel Company, was the first all-steel steamer built in Portland, and the first vessel built for the British line in the United States.

Throngs of Portlanders came out to witness the 2:12pm launch of the 8800-ton steel freighter. Mayor H.R. Albee issued a proclamation declaring the afternoon a holiday as far as possible. Neighboring businesses, like the Peninsula Shipbuilding Company, which built wooden ships, shut down so every employee could watch the launch.

Even before the Vesterglide was waterborne, dozens on the great platform, which had been erected immediately in front of the bow, crowded around Joseph R. Bowles, president of the Northwest Steel Company, and Walter F. Beebe, vice-president, and were most complimentary in their expressions of congratulations. Beaming countenances of the officials indicated their delight, and in that they had every reson to feel so, it being the first ship built there and not a hitch was experienced in the launching.

Unfortunately, on reaching the opposite side of the river the stern of the Vesterglide crashed into the side of the steamer Ruth, damaging her so she sank later, and three men were injured.

I’m not sure how crashing into and sinking a steamer and injuring three men qualifies as “not a hitch,” but that’s how The Oregonian reported the news of the March 31, 1917 launch. 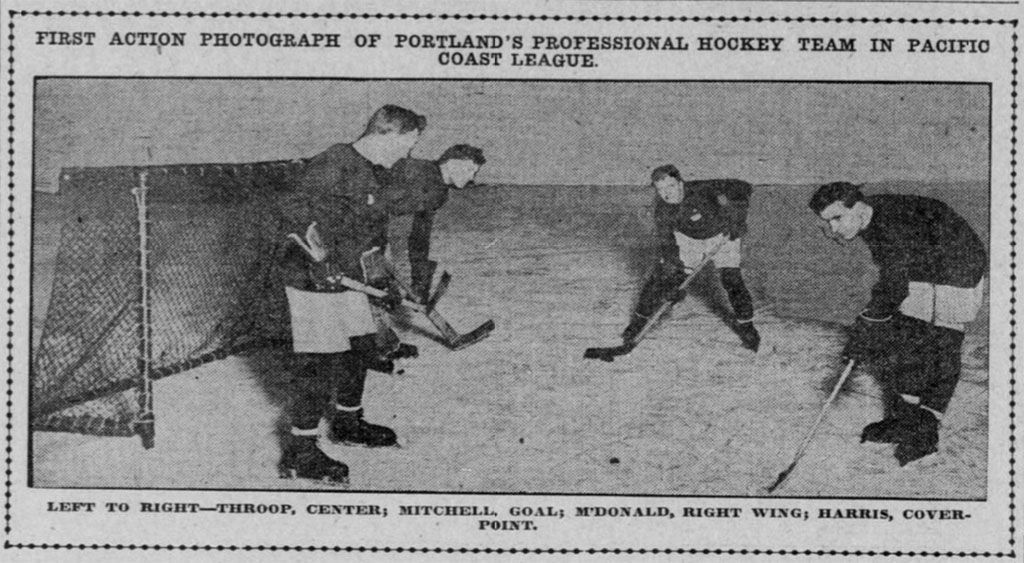 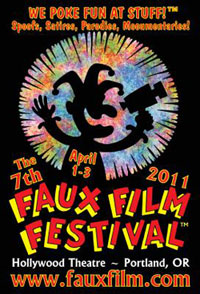