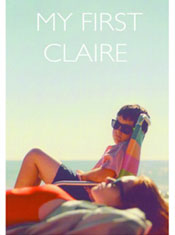 The public is invited to a free screening of Dave Szamet‘s AFI thesis film, My First Claire on Tuesday, April 26, 2011 at the Whitsell Auditorium (1219 SW Park).

Teddy is 11 years old and confused. His parents are getting divorced, his friends are discovering girls, and he has nowhere to turn. But when his new babysitter, the beautiful and carefree Claire, arrives, he sets out to learn a thing or two about the opposite sex.

My First Claire is in the Northwest Film Center hosted Region One Finals for the Student Academy Award. The screening starts at 6pm.

Producer Dave Szamet was also one of the producers of the recently premiered in Portland, Little Blue Pill.