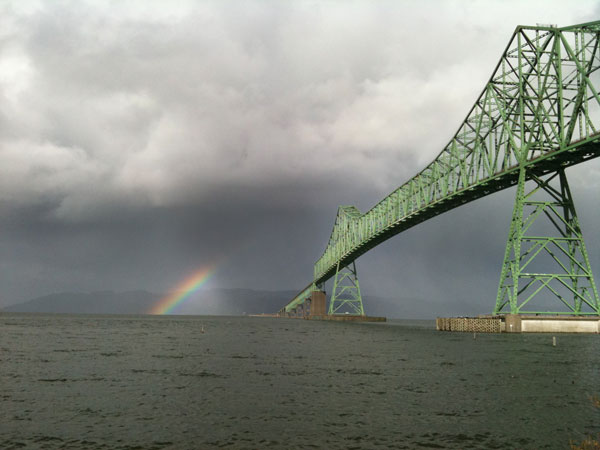 Following the end of the 45 year old ferry service between Astoria, Oregon and Megler, Washington, the Astoria-Megler Bridge opened to automobile traffic on July 29, 1966, a month before the official dedication (The Oregonian, 30-July-1966).

First across was an Astoria resident, Victor Watson, who paid toll of $1.50 “just for the ride.”

The bridge was built to withstand 150 miles per hour winds, and river flood speeds of 9 miles per hour. The main span’s 1,232 foot continuous truss is the longest in the country. The bridge was a toll bridge until December 24, 1993, when the construction bonds were paid off – two years early.