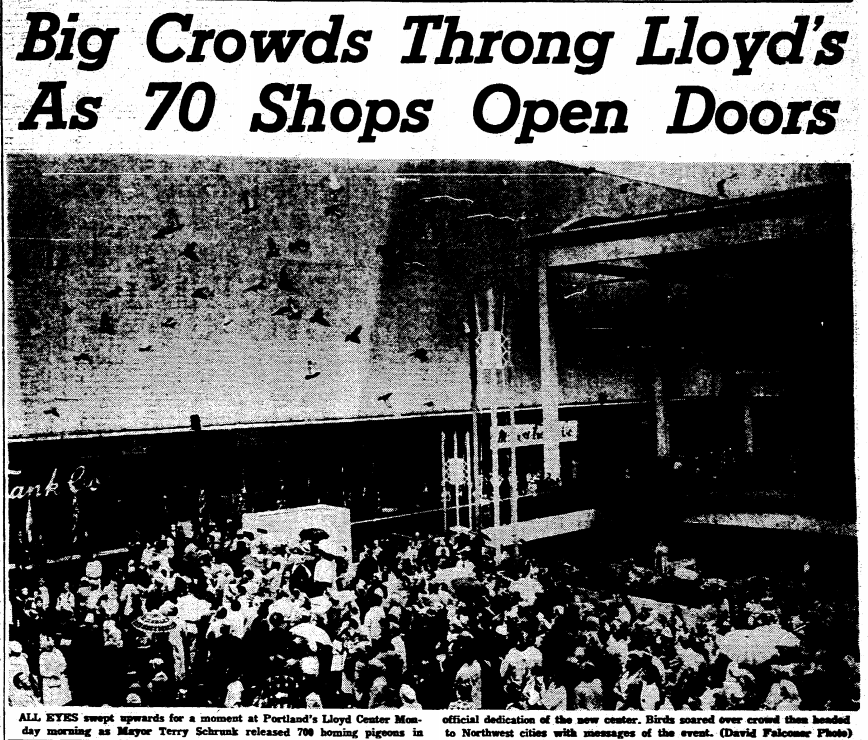 It hadn’t rained in Portland since June 19, but Monday they opened the Lloyd Center and it rained again.

This was no Oregon back-drencher, but a fine, sacramental-like mist that put the state’s official blessing on the 100-million-dollar project and added a freshness and sparkle to the ribbon cutting.

Nobody could accurately estimate the size of the crowd that filled the main plaza and backed up into the malls on two levels, but more than 5,000 people were there for the 9:30 a.m. ceremonies.

Considered a marvelous example of mid-century architecture, the $100 million, 1.2 million square foot shopping center was the largest in the world* when it opened (The Oregonian, 31-July-1960).

* The Lloyd Center entry on [frequently unreliable] Wikipedia asserts, citing no sources, that the Lakewood Center in Los Angeles and the Roosevelt Field mall in New York were larger. The Oregonian reported on May 23, 1954 that Lakewood would exceed Lloyd Center “later on”, but not in 1960, and the Roosevelt Field mall (according to, ahem, Wikipedia) didn’t reach the 1 million square feet mark until after 1962.