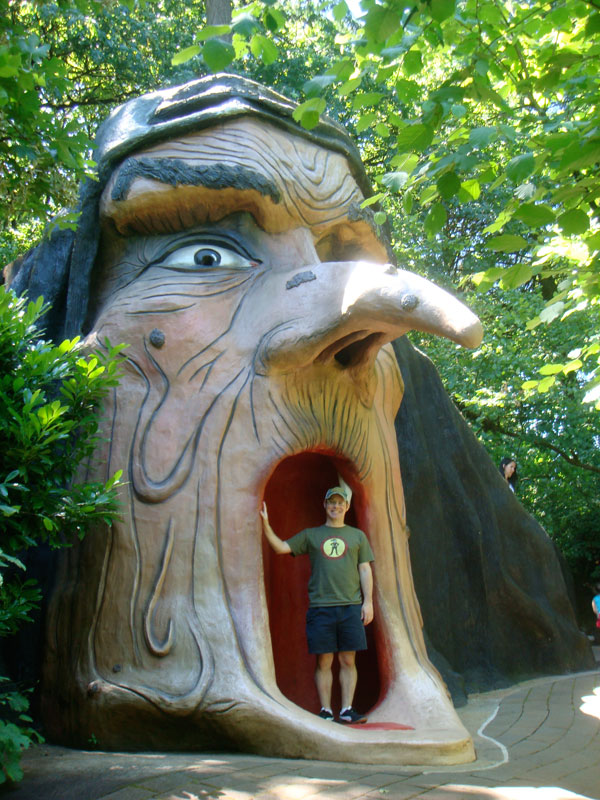 The Enchanted Forest‘s Storybook Trail first opened to the public at 2pm on Sunday, August 8, 1971.

Roger Tofte, a draftsman and artist for the Oregon State Highway Department, built the park on 20 acres of land off Interstate 5 south of Salem he had purchased for $4000. The idea for the park came to the father of four young children upon a return from a cross-country trip (The Oregonian, 27-July-1972).

We had seen fairylands in other states, and realized there were none in Oregon. We thought it would be fun to build one.

Despite no formal art training and little cement work experience, he got to work and built the fanciful theme park. Rides and features have been added frequently the past four decades and the Enchanted Forest is still run by the Tofte family.

Check out my account of a delightful visit to the park in 2010.