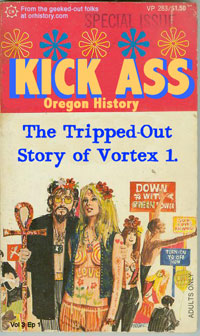 The incredible tale of how Republican Oregon Governor Tom McCall averted violence and doom by holding a state-sponsored Hippie Rock Festival at McIver Park in rural Clackamas County during the summer of 1970.

In partnership with the Oregon Historical Society, and their exhibit “Oregon Rocks: A History of Popular Music in Oregon,” on exhibit August 25, 2011 – January 15, 2012.