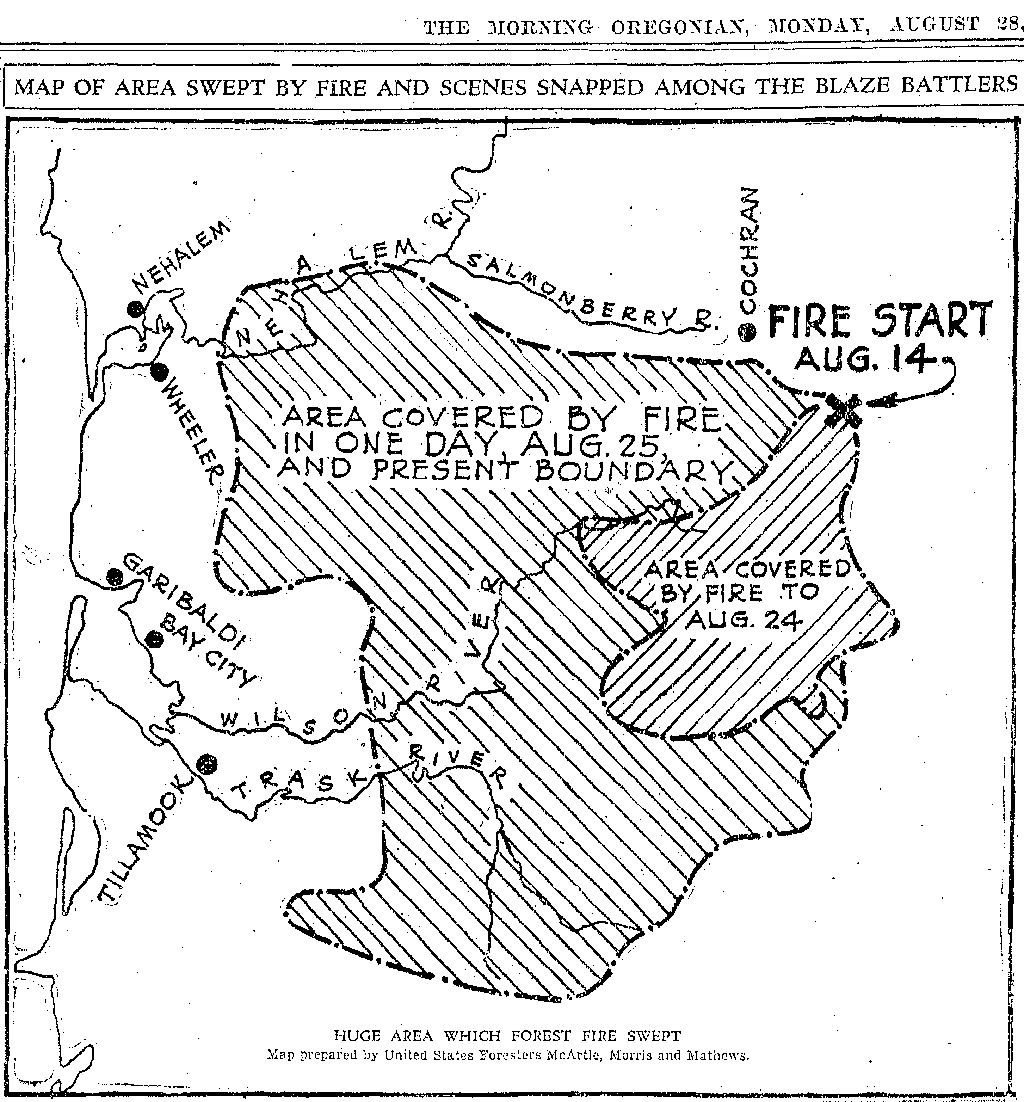 Tillamook Burn refers to a series of forest fires that devastated large swathes of the Coast Range. The first and most damaging one began at a Gales Creek logging operation west of Forest Grove on August 14, 1933.

The near-record weather conditions on that day (104 degree temperature with a relative humidity of about 20 percent), a tinder dry forest ready to burn, and the remote location of the fire, combined to ignite and feed a challenging fire.

Loggers working in the area at the time offered intriguing explanations for how the fire started, but official investigation reports that have stood the test of time identified it as stemming from friction generated when a large Douglas-fir log was dragged across a downed tree. The fire started in a large area of extremely flammable logging debris at the end of a railroad spur. Within an hour, the fire burned through sixty acres of logging slash. The loggers made a valiant effort to fight the fire, but their tools consisted primarily of shovels and hoes and depended entirely on the strength and fire experience of men who could be drafted to help. By nightfall, it was clear the fire had the upper hand and would spread into valuable timber to the south and west.

Ultimately almost a quarter million acres burned in that first fire, with most of the area burning again in 1939 and 1945 (Forest and Adjacent Burn in the Tillamook Burn Area of Northwestern Oregon, by Bonita J. Neiland in Ecology Vol. 39, No. 4 – Oct., 1958).