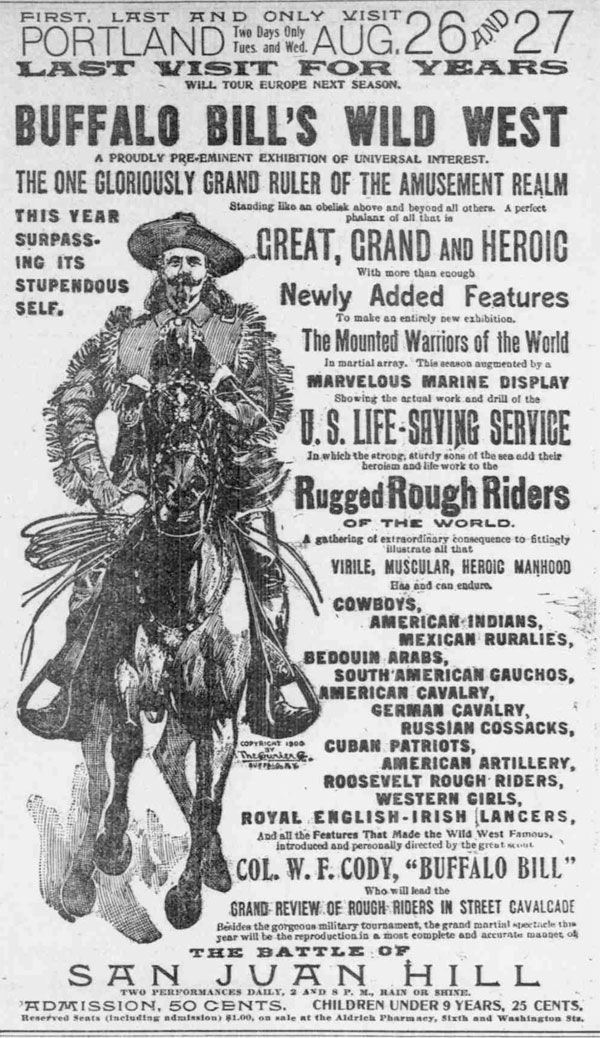 There were thrilling times at the Wild West show yesterday. For two hours before the gates opened people were blackening the streets that lead to the big tents, at Twenty-first and Savier streets. Good nature reigned, despite the heat and the dust. And as a reward the strong men who managed to pilot their families in were entranced and spellbound for two hours by an exhibition of nerve, skill and manly strength. Those whom long years in office and at desks had enervated woke to the knowledge of their birthright of physical vigor and activity, and the many plainsmen and miners and ranchers who thronged in every section glowed with the feeling that this was almost the apotheosis of their own deeds.

The “Wild West” themed circus-like show was popular at the turn of the last century, touring the country and the world, showcasing Western and American Indian cultures, horsemanship, sharp shooting, and dubious re-enactments of historical battles and Indian vs. Cowboy encounters.