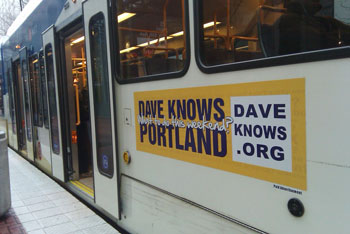 Tri-Met’s long-awaited light-rail system opened Friday under sunny skies and an aura of good will as thousands of local residents took advantage of free rides and crowded aboard the sleek new trains for a trip on the 15-mile line between Portland and Gresham.

“MAX is open for business – let the rides begin,” said James E. Cowen, Tri-Met general manager, as he officially opened the system to the public at 12:26 p.m. at Pioneer Courthouse Square following a round of opening ceremonies at various stations along the line.

Since 1986 the system has expanded from its original 15 miles and 30 stations to 52 miles and 85 stations on multiple lines.