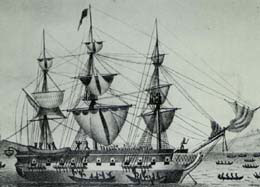 On September 8, 1810 members of the Astor Expedition departed New York upon the bark Tonquin. Their destination was the Columbia River in the Oregon Country. The expedition’s goal was to establish a home base for John Jacob Astor‘s fur trade business on the Northwest coast.

The Tonquin arrived at the mouth of the Columbia in March the following year. Several attempts to locate a safe channel resulted in the loss of eight crew members, but finally, on March 24, 1811 the Tonquin crossed the bar. 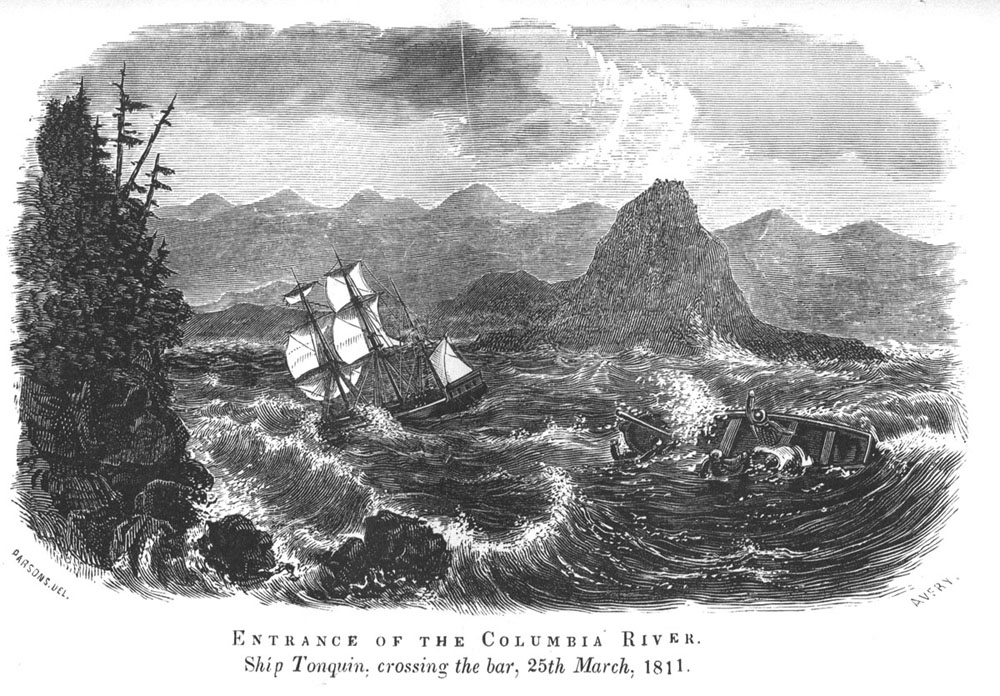 The survivors established about a small settlement, which they named Astoria, about fifteen miles upriver.