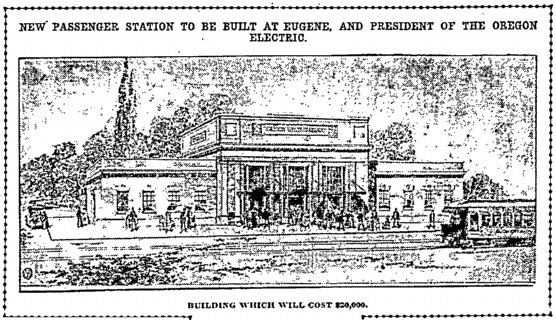 Not since the Hill and Harriman forces invaded Central Oregon has there been a more important event than the opening of the Oregon Electric to Eugene . . . for it marks the passing in the Willamette Valley of the towns without competition in transportation facilities.

Though the A.E. Doyle designed Oregon Electric Station (now a restaurant) was still about two years from completion, a crowd of 25,000 strong greeted the first train.

The interurban line endured until 1933.