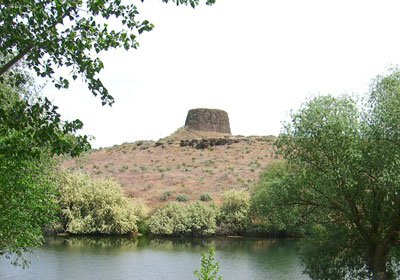 On October 19, 1805 Lewis and Clark recorded in their journals that from their camp near the Walla Walla River they traveled southwest down the Columbia 14 miles to a rock in a Lard. resembling that a hat. They has spotted Hat Rock, nine miles east of what is now Umatilla, Oregon.

Hat Rock is one of the few landmarks in this area remarked upon by Lewis and Clark that is not now under the waters of Lake Wallula, which formed behind McNary Dam when it was completed in the early 1950s.

The columnar basalt outcropping dating from a lava flow 12 million years ago is now part of Hat Rock State Park.