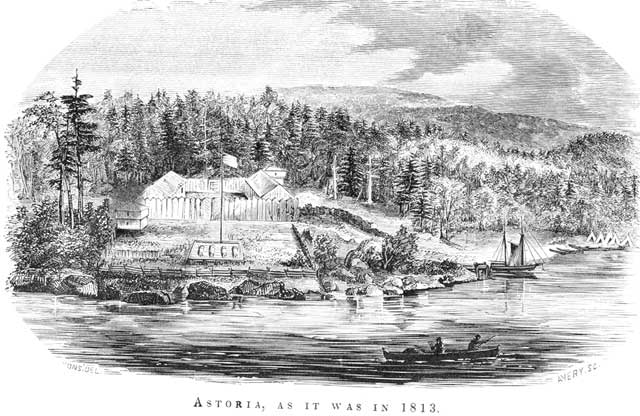 Founded in 1811 when the Astor Expedition landed at the mouth of the Columbia River to establish an outpost of the Pacific Fur Company, Fort Astoria was not a raving success.

When the War of 1812 broke out, the Pacific Fur Company partners present in Astoria decided to cut their losses and avoid a possible military takeover. On October 23, 1813 they sold the post to the British North West Company.

Their actions proved prescient as a few weeks later a British man-of-war arrived to take possession. Fort Astoria was renamed Fort George, and the British retained control of the Northwest fur trade for the next several decades, long after the war ended in 1818.