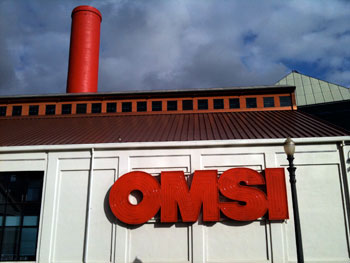 The new Oregon Museum of Science and Industry (OMSI) opened to the general public on Saturday, October 24, 1992 (The Oregonian, 25 October 1992).

The $40 million, 210,000 square-foot museum on the east banks of the Willamette River between the Marquam and Hawthorne Bridges is three times larger than its predecessor. Portland General Electric donated the 18.5 acre lot, the former location of a sawdust-fired power plant, to the museum. The smokestack and turbine building of the old plant are incorporated into the new museum complex.

Two years under constructions, the new OMSI, complete with 315-seat OMNIMAX Theater and 200-seat planetarium, replaced the then 35-year-old complex near the Zoo.

In 1994 OMSI took possession of the submarine USS Blueback, and began offering tours that spring.