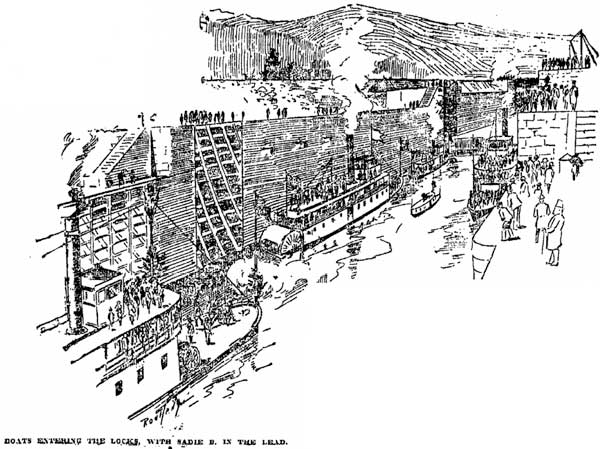 The opening of the Cascade locks … will prove an epoch in the history of the state of Oregon. There were thousands who witnessed the swinging of the massive steel gates at the western approach to the lock. The exercises preliminary to the opening of the locks were simple in character, consisting only in a short address by Governor W. P. Lord in presenting the steel lever to be used in the opening of the gates to Captain W. L. Fisk, of the United States engineer corps, who had charge of the work on behalf of the government, and a brief reply by him.

Until the completion of the canal and locks all river traffic had to portage around the Cascade Rapids, the furthest downstream rapids on the Columbia River.