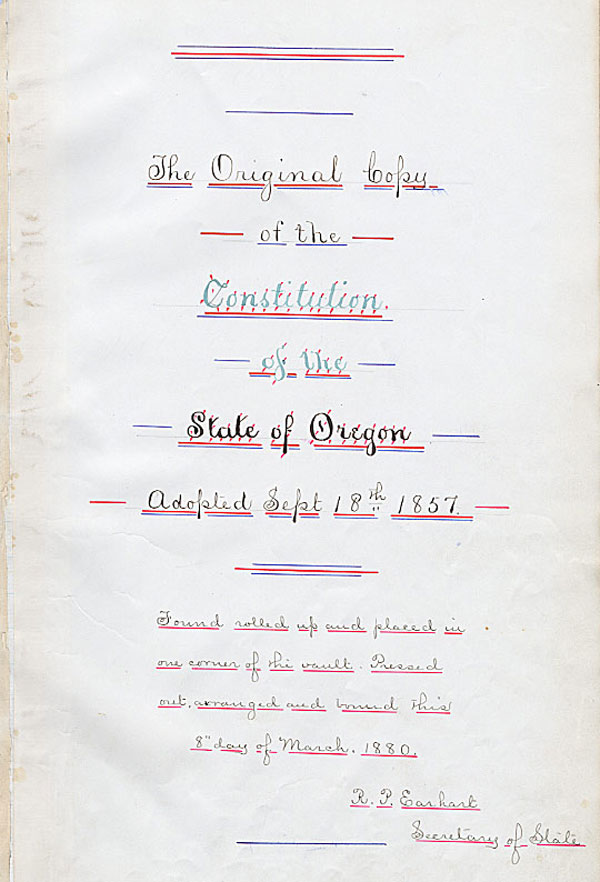 We the people of the State of Oregon to the end that Justice be established, order maintained, and liberty perpetuated, do ordain this Constitution.-

Oregon’s electorate, made up of white men over the age of twenty-one, ratified the Oregon Constitution on November 9, 1857.

The process of drawing up the constitution began earlier in the year, with growing concerns over the slavery question.

Democrats hoped to consolidate their power despite splits in the party over slavery, while anti-Democrats sought to avoid having slavery forced upon them by the federal government in the wake of the disturbing events in “Bleeding Kansas” and the U.S. Supreme Court’s Dred Scott decision.