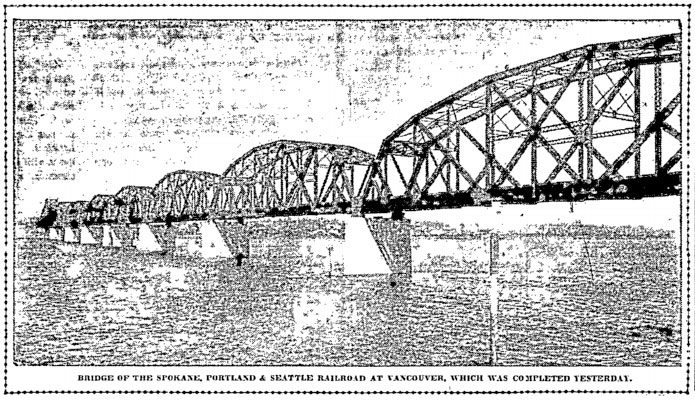 Regular rail service across the Columbia between Portland and Vancouver began on November 17, 1908 (Morning Oregonian, 11 November 1908). The Burlington Northern Santa Fe Bridge 9.6, then known as the Spokane, Seattle and Portland Railroad bridge, was the first across the lower Columbia (it opened almost a decade before the Interstate Bridge), and at the time of completion was the longest steel bridge in the world (Morning Oregonian, 26 June 1908).

Two railroad tracks cross the 2,806-foot-long steel-truss bridge, which is still in use. The bridge features a pivoting swing span. The 9.6 in its name refers to its distance from Union Station in Portland.