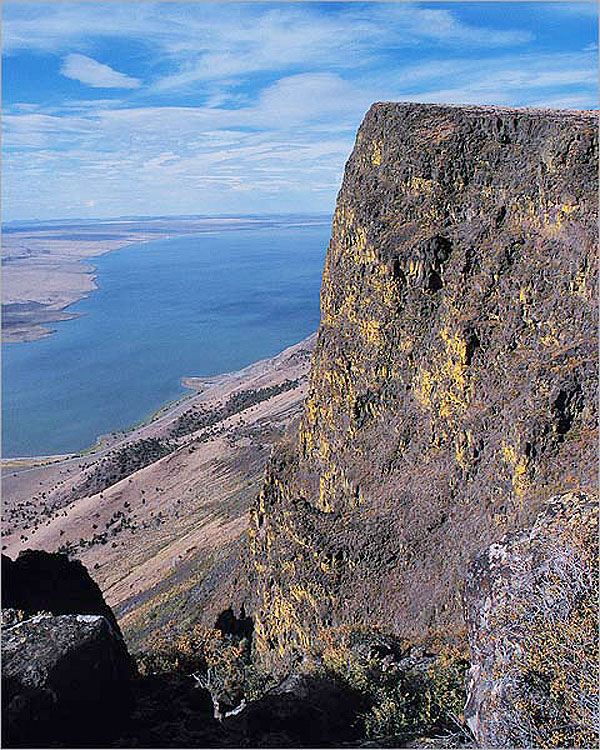 Explorer John Charles Frémont mapped a massive fault scarp in what is now Lake County, Oregon on December 20, 1843. He named the 30 mile long fault Abert Rim, after Colonel John James Abert, his commanding officer. Topped with an 800 foot lava cap and rising 2500 feet above the valley floor and 2000 feet above adjacent Lake Abert (also named after the colonel), it is one of the largest exposed fault scarps in North America, and one of the highest in the world.