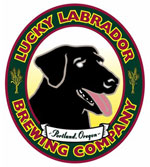 The fest is one of my favorites of the year, and seems to fly somewhat under the radar. It’s not strictly for barleywine fans; there will be imperial IPAs, strong Belgian ales, and imperial stouts to sample alongside the barleywines. I’m also struggling to think of an event that features a wider variety of barrel-aged and vintage beers. There will be a few verticals available during each session, and beers will change out as the individual kegs run dry.

The Oregon Brewers Guild has the beer list and confirms that again the year $9 gets you a custom taster glass and two tokens, and additional tastes are $2.00.

Update: Another nice preview up at It’s Pub Night