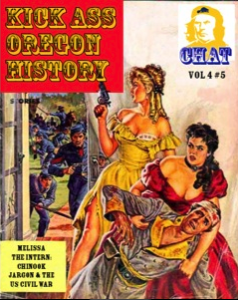 In which we learn that Chinook Jargon helped the South bitch about the war.