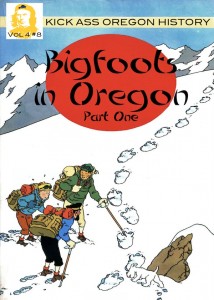 In which we learn that the price of the search for Bigfoot is sanity.