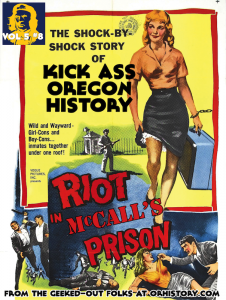 In which we learn that Oregon Governor Tom McCall was a committed champion of prisoner’s rights, yet even he could not prevent riots and deadly escapes from Oregon’s prisons.