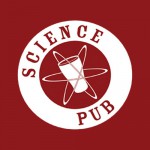 During the early 20th century strategic control of the oceans was essential to all of the great industrial powers of the world. In 1904 President of the United States Theodore Roosevelt would commit the brains of American engineering and the brawn of America’s industrial machine to build a canal of unprecedented scope and challenge.

The Hollywood Theatre Science Pub takes place monthly and is open to all ages. There’s a $5 suggested cover charge.