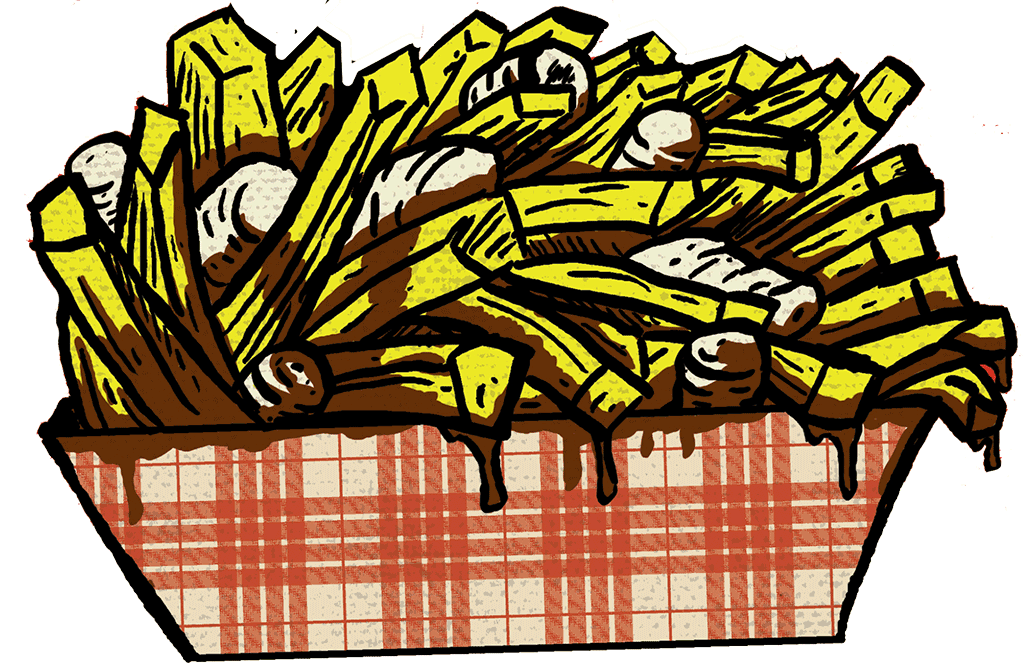 Face Rock Creamery and Portland Brewing present The Curse of the Haunted Curds: The Brewer’s Revenge II – a poutine competition – on Thursday, 27 October 2016 at the taproom (2730 NW 31st Ave.).

Start your Halloween Weekend the best way – with poutine!

Visit the taproom between 11am and 7pm on Thursday, order the $10 poutine sampler ($16 with beer pairings), and vote for the People’s Choice Award. The main event, MCed by Cassidy Quinn of KGW takes place between 6pm and 8pm; when the winners of the People’s Choice and Judge’s Choice awards will be announced.

Half the proceeds of the poutine and poutine pairings will be given to the Friendly House. Face Rock Creamery matches the donation!