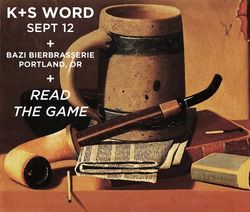 The match will be broadcast live on ROOT Sports, 750 AM The Game, and La Pantera 940 AM.

The only bright spot for the Timbers this season is that they sit atop the Cascadia Cup standings – tied with Seattle . . . a good result against Vancouver today will put them back in the driver’s seat . . .

Vancouver has improved impressively in their second year, and currently sit in the last Western Conference playoff spot, tied with LA Galaxy in points.

Hard to believe, but the Timbers are undefeated in league play at Jeld-Wen field since April 7 – with two wins and two draws. Despite the team’s often miserable play this season (the defense has occasionally been remarkable, but on offense the Timbers have yet to find anything that works), they’ve only lost twice at home in 2012. It would be in the team’s best interest (well, John Spencer’s at least) to play their best match of the season this afternoon.

Draws all around so far this year in the Cascadia Cup competition – a win in this match for either team puts them in the cup lead. The Timbers are coming off a frustrating loss to the LA Galaxy last weekend, while a possibly tired Seattle got spanked last week 4-1 in Montreal, and drew with KC 1-1 on Wednesday.

Summer is finally here – which in Portland means festivals, bikes, Timbers, and more (pretty much exactly like Spring and Fall).

“Pedalpalooza is 3+ weeks of bikey fun. With 272 different events, most organized by individuals, bikers of all persuasions are likely to find many events of interest. Nearly all events are free.”

Good in the Hood

Laughter is the Best Medicine: A Night of Comedy

Hosted by Dave “Gruber” Allen (best knowns as the guidance counselor on Freaks and Geeks), this comedy fundraiser benefits the Oregon Chapter of the Alzheimer’s Association. [more]

From 11 a.m. until 4 p.m. on wind your way on bike or foot through mostly residential streets free of car traffic, from one park to the next. This year’s route is 9.5 miles long. [more]

Hard to believe, but the Timbers are undefeated in league play at Jeld-Wen field since April 7 – with two wins and two draws. [more]

The match will be broadcast live on ROOT Sports, 750 AM The Game, and La Pantera 940 AM.

Hard to believe, but the Timbers are undefeated in May, with two 0-0 draws and last weekend’s 2-1 defeat of the Chicago Fire – they haven’t lost at home since the 2-1 defeat by Chivas on April 7. Vancouver lost to Toronto FC on Wednesday, and last Saturday they drew 2-2 with the other Cascadian rivals at BMO Field in Vancouver.

This should be an interesting match between a Timbers team that still struggles to score goals, but has perhaps caught a glimpse of daylight recently; and a Vancouver team much improved over last year’s team, but no doubt exhausted, having played seven matches already in the month of May.

In addition to jockeying for position on the conference table, both teams tonight are aiming for the 2012 Cascadia Cup. Only one match has been played in the competition so far this year, last weekend’s 2-2 draw between the Whitecaps and Seattle.