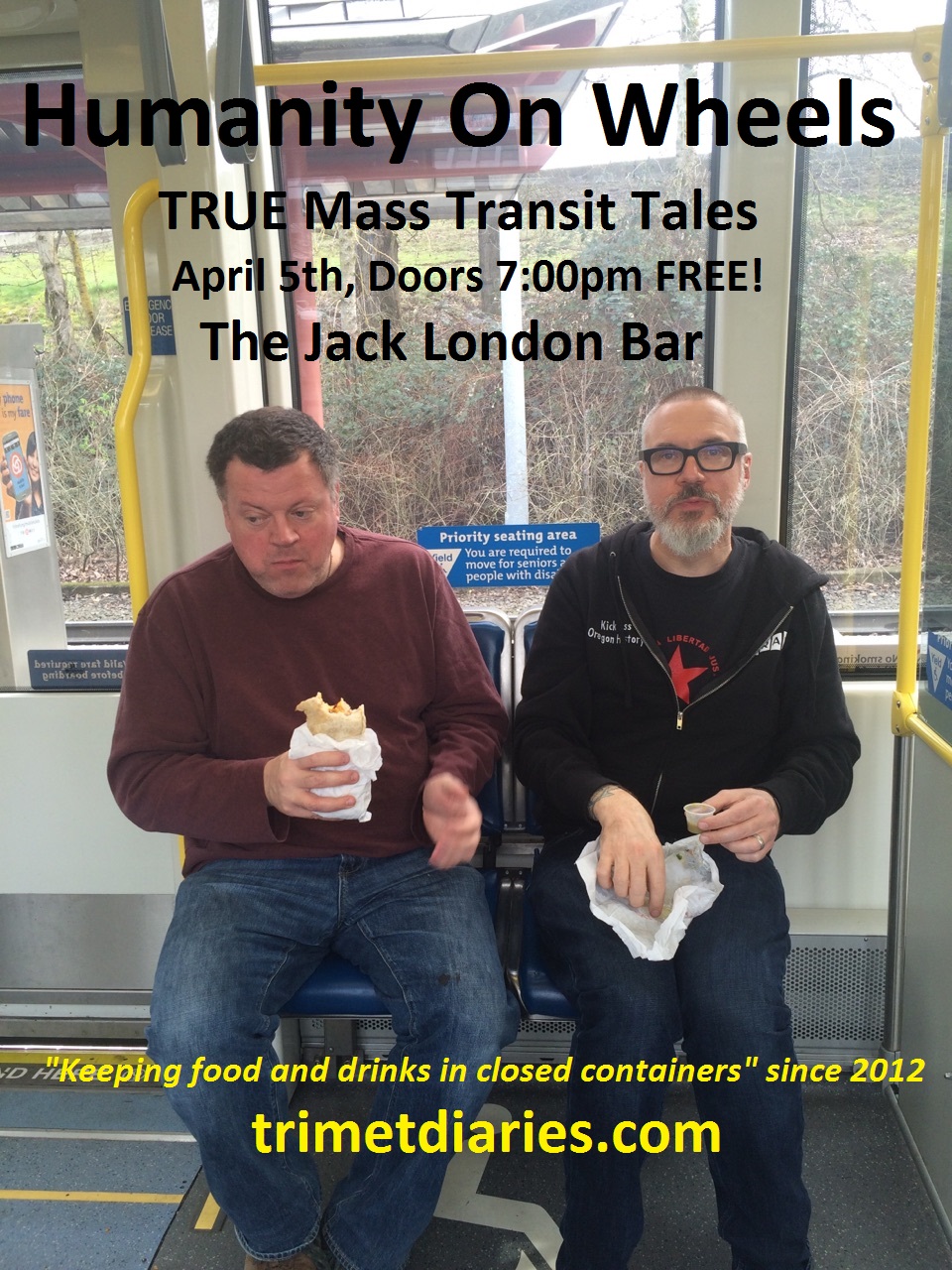 Humanity on Wheels is a live story-telling event featuring:

Doug Kenck-Crispin, resident historian at Kick Ass Oregon History, will preside over the evening’s activities, and will share some recently uncovered vintage TriMet videos and swag graciously provided by TriMet itself!

Oh yeah, and the Sprocket Podcast will be recording the whole thing for posterity. 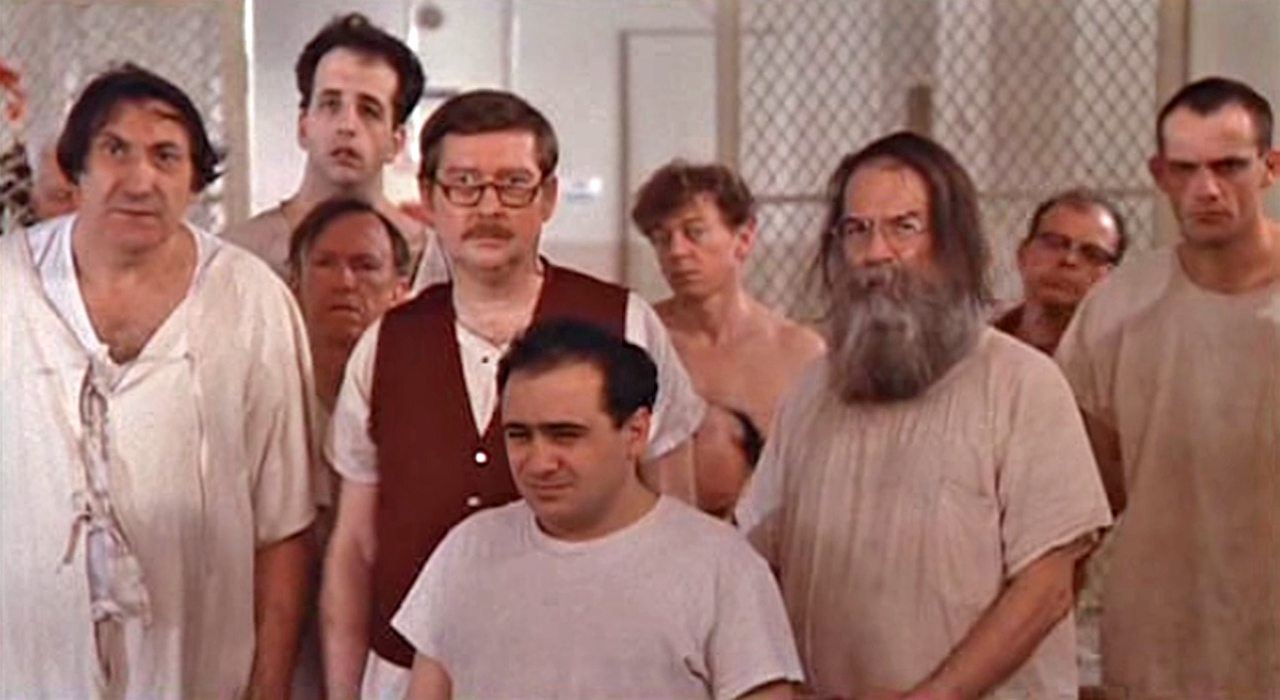 Celebrate the 40th Film Anniversary of the Oregon classic, “One Flew Over the Cuckoo’s Nest,” by Oregon author Ken Kesey with a special talk by resident Historian Doug Kenck-Crispin—he will introduce the film with some happy, huggy stories about the Oregon State Hospital.

The films producer gave us permission to screen a special edition of the film classic. Don’t miss this opportunity to see it on the big screen!

The film was the second to win all five major Academy Awards (Best Picture, Actor in Lead Role, Actress in Lead Role, Director, and Screenplay) following It Happened One Night in 1934, an accomplishment not repeated until 1991 by The Silence of the Lambs.

Now considered to be one of the greatest films ever made, One Flew Over the Cuckoo’s Nest is No. 33 on the American Film Institute’s 100 Years… 100 Movies list. In 1993, it was deemed “culturally, historically, or aesthetically significant” by the United States Library of Congress and selected for preservation in the National Film Registry.

Presentation starts at 8 PM. Tickets start at only $10 and can be bought in advance.

The Portland Film Festival: The Storytellers’ Festival & Conference runs September 1 through 7. Portland Film Festival is a non-profit dedicated to nurturing filmmakers and audiences, and to celebrating the power of a good story. The focus of the annual festival is on the people, ideas, technology, skills and artistry behind filmmaking and provides both entertaining and educational opportunities to the public.

Updated: They did it!

Know Your City does great things – they lead fascinating walking tours, create thought-provoking and informative publications, and organize creative placemaking projects. All of their programs are built around scholarship and art, and emphasize social justice.

And they have three days left on their kickstarter campaign, Know Your City: Sustain our new projects into 2016! Give them a few dollars (check out the most extensive selection of kickstarter donor rewards I have ever seen!), and consider a membership too!

Humanity on Wheels 2: another Evening of Mass Transit Tales!, takes place Tuesday, November 20, 2012 at the Jack London Bar (in the basement of the Rialto Poolroom at 529 SW 4th Ave.).

Inspired by Muni Diaries Live and Back Fence PDX, Humanity on Wheels was created with the gracious and indefatigable help of Doug Kenck-Crispin, of Kick Ass Oregon History fame.

Read more at TriMetDiaries.com, and see you there!