Congressman Earl Blumenauer bicycles. Apparently in DC this is remarkable.

In today’s Wall Street Journal he is profiled in a page 1 story: For Congressman, Life in Bike Lane Comes Naturally.

Obviously, take all of this with a grain of salt, but I do have confidence in my sources.

New turf has long been on the Timbers players, opponents, and fans’ wish list. 2008 may be the year the wish is fulfilled. From a bullet point in a Kerry Eggers column in September:

PGE Park’s worn artificial surface will be replaced in the next two years. The Portland Timbers have heard that it will happen by next season.

The New Turf thread on SoccerCityUSA has more evidence and discussion.

Be prepared for a lot more Friday morning hangovers in 2008. My sources tell me the majority of the Timbers regular season matches in 2008 will be Thirsty Thursday matches. I weep for the jobs that require our services Friday mornings in the Spring.

After the new year, many MLS contracts expire. There are rumors the Timbers have their sights on one or more MLS veterans.

The Oregonian has the scoop, and video, on that above-average Elvis who’s been setting up shop across from Powell’s downtown.

Tickets go on sale today at 10am. Opening day is January 12th.

The Portland LumberJax have announced that all individual game tickets for the 2008 season will go on sale starting Tuesday, December 18 at 10 a.m.

The Jax should be much better this year than last. In the off season they picked up Dangerous Dan Dawson, who last year was third in the NLL in goals and tied for second in assists. 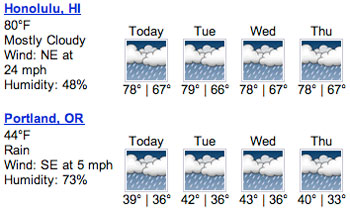