For about the past five years, I’ve lived car free.

Based on my conscious decision to jettison the private automobile, I’ve had to make decisions about where I make my home, where I work, and what sort of activities I pursue.

Now it’s second nature; I don’t consider being car free a sacrifice (that’s why it’s car free, not car less). My commute, for example, takes 45 minutes whereas driving would take 10. I don’t think of this in terms of how much time I’ve lost, but rather how much exercise and fresh air and leisure sauntering I have gained. My quotidian priorities have been reconfigured. In general, I’m in much less of a hurry than drivers (and cyclists even, but I’ll save that for another post!).

I do miss, however, the weekend jaunt, spontaneous or planned. Vague memories are all I retain from the last time I went to the coast, or up to the mountain. TriMet’s domain has been my domain for years.

One option I have is renting or borrowing a car, or convincing friends to take me out of town. But it’s nice to not mess with a car, or even mess with the hassle of dealing with a car. A reasonable non-automobile option is what I’m after. Transit has its own set of stresses, but as a long time TriMet trouper, I’m well equipped to handle them. Recently I’ve been investigating other ways to get-out-of-town car free, and have been pleasantly surprised with the number of transit options. (Most of these services don’t provide luggage service, and the schedules are not too flexible, but that doesn’t faze the car free!)

(Of course the first options that come to mind are Amtrak and Greyhound. For car free trips to Seattle, Amtrak’s a great option. Greyhound can get you around the state, but what it does best is inexpensive cross-country trips.)

Columbia Area Transit (CAT)
The Dalles-Hood River-Portland Bus service has just recently begun. This service only runs on Thursdays, but is a bargain at 8.00 each way (bring exact change). Spend a week in Hood River wind surfing and/or drinking beer.

Tillamook County Transportation District (The Wave)
The Wave has direct TriMet-connecting routes to and from Portland and serves much of the North Coast. Pacific City, Cannon Beach, Manzanita, Oceanside, and Netarts are some of the places you can get to on The Wave.

Sunset Empire Transportation District (The Bus)
And once you’ve made it to the North Coast, you can take The Bus (not to be confused with Honolulu’s The Bus), serving the Sunset Empire Transportation District, which covers Astoria in the north through Cannon Beach and Tolovana Park in the south fairly extensively. When I started this project, it was Astoria I had in mind to visit. Now I know how.

TriMet
The venerable TriMet has done an excellent job cataloging other local transit services that connect to TriMet bus and MAX lines. TriMet’s service area is extensive, so it’s certainly possible to make some weekend jaunts (for example to Edgefield) completely within TriMet’s domain.

Mountain Express
Mountain Express bills itself as the affordable, comfortable and eco-friendly bus line with service to Bend, Sisters, Detroit, Salem and Portland, Oregon. Unfortunately as of this writing no buses are operating and the business is for sale. 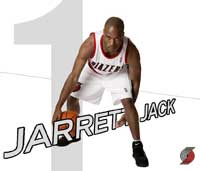 That’s the speculation in the the City Room blog on the New York Times website.

The chain was not giving anything away about its New York plans, if it has them. Matt Lounsbury, Stumptown’s director of operations, said: “We’ve had discussions, but nothing’s solidified. Our eyes are open for opportunities, but so far our expansion is mostly focused on the Pacific Northwest.”

Sounds like the deal might hinge upon whether there’s enough space for a roastery, as Stumptown’s policy is that the beans must be roasted no more than 45 minutes from the serving location.

The Los Angeles Times asks that question today in an article entitled Powell’s turns the page.

Michael Powell is passing the operations of Portland’s iconic and beloved bookstore on to his daughter, Emily, over the next few years. After college and several years living and working in San Francisco, she has returned to Portland, where she grew up hanging around the store (lucky kid!). But she’s just now learning the nuts and bolts of the business.

On her return, she made the standard hourly wage in the company’s Internet department. She has worked in marketing and business development, and assisted with the establishment of a new 32,500-square-foot store, heavy on children’s books, in nearby Beaverton. Last year she became director of used books.

Most family-owned businesses don’t survive the transition from one generation to the next. But some do. And Powell’s has a special place in the small world of mammoth independent bookstores:

Between staff, stock and its online muscle, Powell’s looms over other beloved independent stores such as Denver’s Tattered Cover and New York City’s Strand.

And Emily believes the trick to survival “will be maintaining the culture of the store . . . and preparing for the unknown.”

I, and bibliophiles in Portland and elsewhere, hope she is right.

Local transit riders now have another way to plan trips.

A company called Dabnab has extended their service, similar to TriMet’s web based Trip Planner, to Portland.

A Portland Dadnab user sends an SMS text messages from a mobile phone to portland@dadnab.com. In the message, the user specifies an origin, destination, and an optional departure or arrival time. The service replies with step-by-step instructions for reaching the desired destination by light rail, bus, or streetcar.