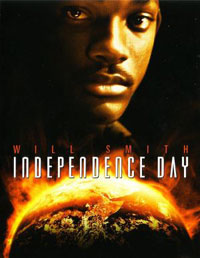 Maybe the most obvious Midnight Movie pick we’ve ever made, and yet, sometimes the obvious choice is the right one. And hey, if anyone wants to let Leverage Producer Dean Devlin know that we’re showing this thing on Friday, July 2nd, please do. He might like to see it on a big screen with a hungry crowd for the first time since 1996. You might want to, as well. Lotta you haven’t seen it the way it should be seen since then. A lotta you haven’t EVER seen it projected on a giant screen in 35mm. Rectify that.

Update: The schedule has been announced. And read for more background on 30 Hour Day, read Shawn Levy’s Oregonian article: ’30 Hour Day’ brings the telethon into the digital age 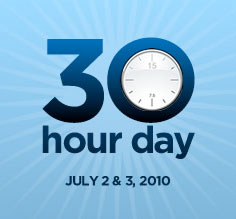 Join Cami Kaos of Strange Love Live and Rick Turoczy of Silicon Florist for entertainment, interviews, and other interesting stuff. Thirsty hours of livestreamed content that you can use to raise money for any worthy cause.

Pioneer Courthouse Square is the venue this time. Watch it live on your web browser, starting at 4pm on Friday, July 2nd 2010.

Many sponsors and contributors have already stepped up, but they still need more. Take a gander at the benefits of sponsorship!

PDX.FM will be there: watch in awe as a few of your favorite (or not-so-favorite) PDX.FM personalities push the limits of endurance – and hopefully have some fun doing it – while helping make 30 Hour Day a reality this year. (Read about the cavalry-like PDX.FM crew here.)

Charities to benefit from this event include p:ear, Oregon Food Bank, and the Oregon Trail Chapter of the American Red Cross.

The Portland Timbers host the MLS Seattle Sounders once again in a 3rd round Lamar Hunt US Open Cup matchup, this Wednesday, June 30th 2010 at 7:30pm.

By way of preview, I should tell you about this year’s Sounders team, but I can’t waste my time on MLS soccer [until next year]. I watched one Seattle match last year though, so I do know this about the team – they’re good at blatant time-wasting, and can demonstrate a lack of class (they “forgot” to bring their away jerseys, so the sickly neon green blighted PGE Park last July). As we’ve seen over the years, the skill level is generally on par with the better USL sides, but MLS sides are a little faster, a little fitter, and a little bigger. This year’s USL Timbers match up pretty well in the size department, Nimo notwithstanding, and their fitness level (and timely substitutions) has kept them pretty fresh up until the end of most matches (outside of last minute defensive breakdowns).

The 2009 edition of this match took place almost a year ago to the day. And although the result for the Timbers was not as awesome as the tifo, a sellout crowd of 16,382 experienced a memorable evening.

The Rowdies are 5-4-3, and currently in 4th place in the USL Conference. The Timbers, at 4-5-4, are in 5th. This the first matchup between the teams. While the Timbers have been in good form lately (2-0 winners at Minnesota, and 4-1 winners in the US Open Cup match at Kitsap), Tampa Bay bring a 3 game league losing streak into the early Sunday match.

Game Preview: The Rowdies are Back by paulsepp at Dropping Timber 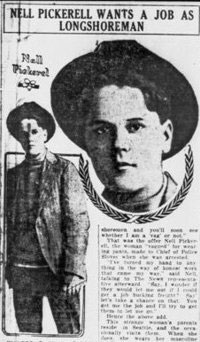 Excavating Queer History from Straight Archives: Examples from Portland and the American West is the topic of June’s History Pub at the Kennedy School (5736 NE 33rd). The presentation takes place Monday, June 28th from 7pm until 9pm.

Peter Boag, the Columbia Chair in the History of the American West at WSU, will examine the difficulties and serendipity of researching gay, lesbian, and transgender history in archives that were set up long before GLBT history was considered an acceptable topic of interest for historians. Boag will draw on excerpts from both his books on GLBT history and an article he wrote for the Oregon Historical Quarterly to support this fascinating talk about the history of sexuality and gender.