The Portland Timbers did not embarrass themselves Saturday when they faced Manchester City, though they did lose 3-0.

The Timbers, as usual, get little rest now. They travel to Vancouver to face the Whitecaps Thursday, July 22nd, and then play three more matches on the road before returning home to face Minnesota FC at PGE Park on August 11th.

Meanwhile Saturday the U-23 Timbers beat the Kitsap Pumas 1-0 and accomplished an impressive feat – they completed the PDL regular season with a perfect record – 16-0-0, the first time a team has done that since 1998. 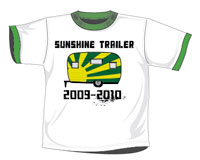 In supporter news, as you learned last week the Timbers Army Sunshine Trailer is sadly, no more. However you can help in the replacement trailer fund raising by buying a nifty, limited edition, t-shirt. $20! Visit the Timbers Army store for more details.

The Timbers Army has increased in size each year of its existence. Next year, as the club enters the MLS, the supporters group will no doubt see the largest increase yet. And someone needs to teach them all the chants. Dropping Timbers has already begun this project – check out their series of Know Your Chants posts.