While y’all are enjoying the events and festivities below, I’ll be getting married to Heather! We may still find time for some Festa Italiana and the Timbers though . . .

Competitions at the fair include 4-H of course, along with categories such as fine art, farm and garden, photography, floral, creative living, and grill offs. Competitions also include horse shows, and exhibits of livestock and the best part: small animals. [more]

This is one of my favorite Portland festivals, and not just because of the strolling accordionists. I recommend arriving early to secure a table in the beer and wine garden at the top of the bowl on the SE side of the square. You’ll have an excellent view of the stage in the middle of the square. Wine is available by the bottle or the glass; and you’ll find the Festa Italiana drink prices to be more reasonable than at most festivals. Beer is available too. [more] 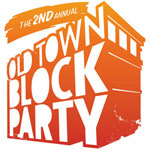 DJs entertaining the masses all day long (i.e. noon until 10pm) include The Mighty Fix DJs, Matt Nelkin, and DJ Nature. In addition there will be food, beverages, local business sponsored booths, and bands: Deelay Ceelay, The Joggers, Mean Jeans, and The Lovers. [more]

The Nano Beer Festival takes place Saturday and Sunday, August 28 2010 on SE 9th between Belmont and Yamhill, in front of the Green Dragon (928 SE 9th).

From 11am until 9pm on Saturday, and 11am until 7pm on Sunday, sample the offerings from over thirty local nano breweries, including Natian, Upright, Captured by Porches, Heater Allen, and Brewers Union Local 180. To be considered nano, a brewery must produce fewer than 1000 barrels of beer a year. [more]

The NASL Conference’s Crystal Palace Baltimore makes its second and final trip to PGE Park during the regular season. Baltimore has suffered back-to-back losses, including a 5-0 defeat against the Montreal Impact on Aug. 21 at home. In the month of August, Crystal Palace Baltimore has a 1-3-1 record and has been shut out in four of its five matches. The team’s lone win in August was a 2-1 victory over the RailHawks on Aug. 14. [more]

And visit PDX Pipeline and Around the Sun for more!