The Portland Timbers, with the help of new sponsor Alaska Airlines, unveiled the 2011 MLS jerseys today.

I was one of the lucky fans selected to attend. I brought my trusty point and shoot, which can take decent photos. But not as nice as the photos taken by photographer Steven D. Lenhart. He graciously provided the photo below of new Timbers defender Rodney Wallace modeling the 2011 secondary MLS jersey. 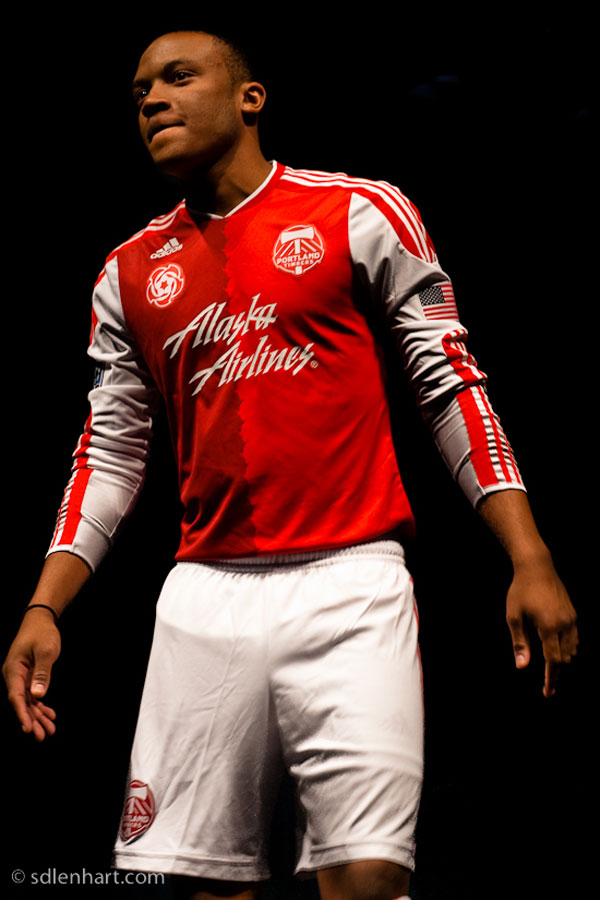 The MLS Timbers know how to throw a party. The unveiling took place in a 64,000 square foot Horizon Air hangar at PDX. 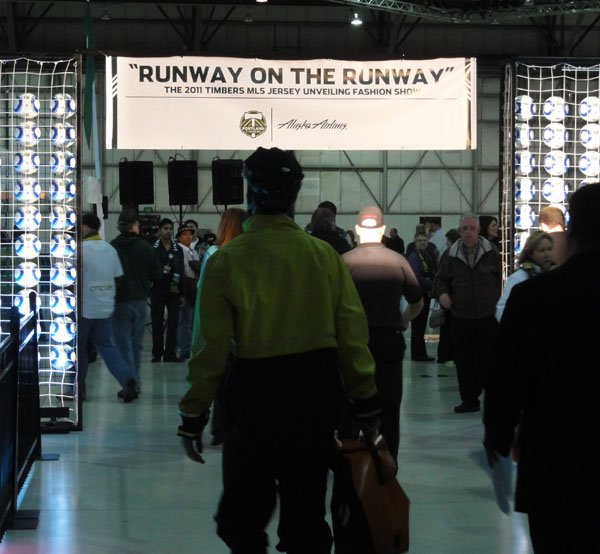 Happy fans were offered free beer and food! I enjoyed a Widmer Drifter myself. 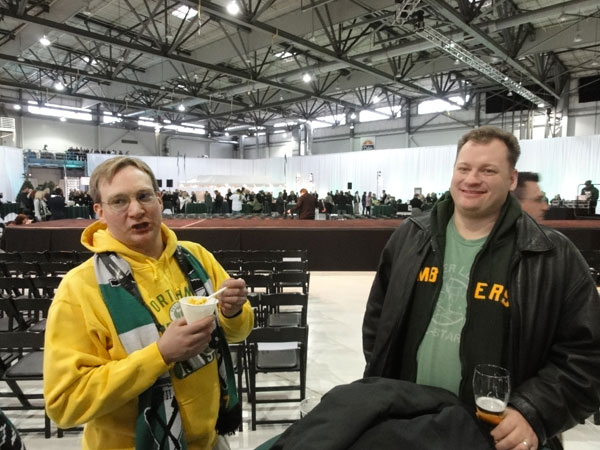 The production was top notch. 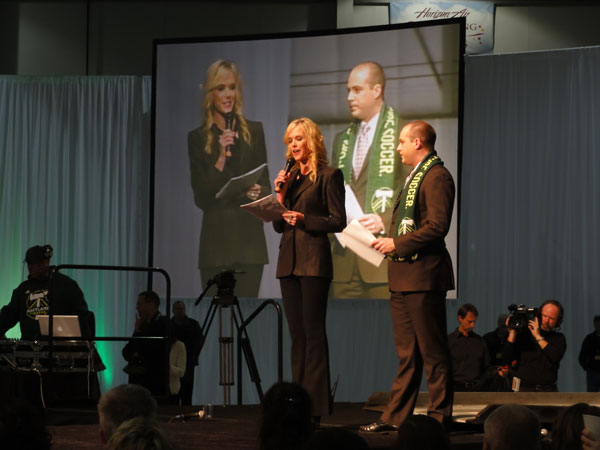 And did I mention that there was a jet plane decked out with a Timbers scarf and shield? 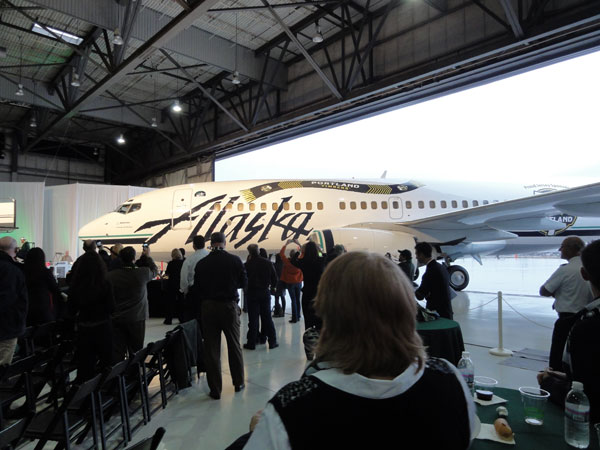 Check out the rest of the new Timbers kits at the online store.