Really you have no excuse not to eat, drink, and entertain yourself well this weekend!

The 6th Annual ChocolateFest, a benefit for the World Forestry Center, takes place Friday through Sunday, January 21-23 at the Oregon Convention Center (777 NE MLK). . . . “The Sixth Annual ChocolateFest promises you the opportunity to sample, taste, savor, and delight in some of the finest chocolate from the Northwest and beyond. Enjoy chocolate and wine pairings and become a chocolate aficionado with presentations and demonstrations throughout the weekend.” [more]

“The Bitter End has been a home to us all. We drink there. We sing there. We see friends there. Hell, some of us have our mail forwarded there. As the New Year kicks off, the time has come for us to make our home more, well, homey.” [more]

CellarFest 2: Return to the Basement takes place Saturday, January 22 at the scene of the original CellarFest, Bailey’s Taproom (213 SW Broadway).

“For those who missed last year’s CellarFest, the gist is this: high octane, rare beers from the West Coast’s (and one East Coast’s) best microbreweries.” [more] 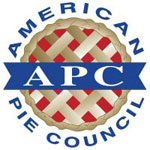 “Created by the American Pie Council®, National Pie Day is dedicated to the celebration of pie. As part of our American heritage, this day is a perfect opportunity to pass on the love and enjoyment of pie eating and pie making to future generations.” [more]