Update: Don’t miss the Kick Ass Oregon History presentation Portland’s Chinatown – the Gambling, the Girls, the Opium at The Jack London Bar (529 SW 4th – in the basement of the Rialto) on Tuesday, July 19, 2011 at 7:30pm! 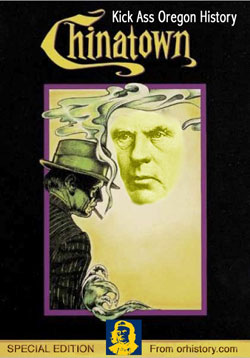 Part 3 (out of 4) of the Chinatown Special Edition has just dropped!

Chinatown Special Edition Part 3, In which we learn that, in Portland’s Chinatown, if you want to kiss a Wookie, that can be arranged.