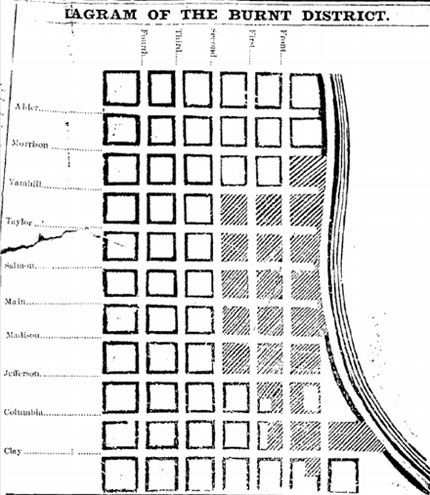 The City Asleep and In Flames!

Saturday, August 2d, is a day long to be remembered in the annals of Portland, as the occasion of the most disastrous conflagration that has visited the Pacific coast since the dreadful fire of 1854 in Sacramento, California. The awful holocaust of December last was reckoned a terrible calamity, but beside this last dire disaster it sinks to utter nothingness.

Losses from the fire approached a million dollars. After the fire, the second large conflagration within 9 months, an improved water system was proposed, but Portland-based legislators more averse to raising taxes or increasing city debt than preventing future fires, blocked it in Salem.