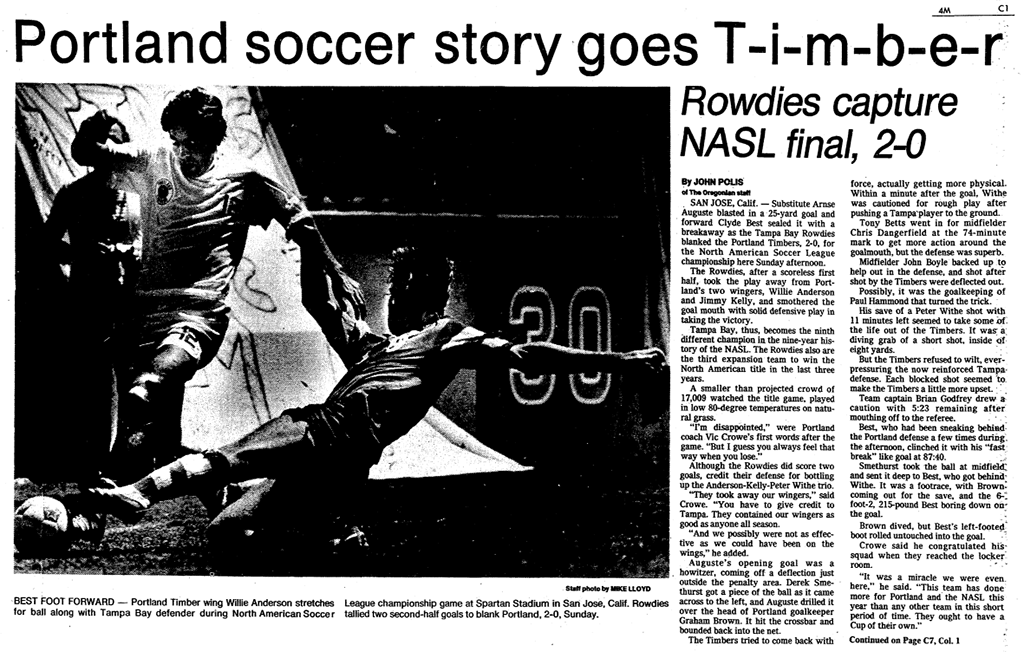 The expansion Portland Timbers‘ remarkable first year run in the North American Soccer League came to an end at Spartan Stadium in San Jose, California on Sunday, August 24, 1975. The Timbers lost 2-0 to fellow expansion side Tampa Bay Rowdies in the championship game (The Oregonian, 25-August-1975).

“It was a miracle we were even here,” [Timbers coach Vic Crowe] said. “The team has done more for Portland and the NASL this year than any other team in this short period of time. They ought to have a Cup of their own.”

It was a remarkable run. Portland had only been awarded a franchise that January, and yet assembled a formidable team that finished at the top of the Western Division standings, defeated the Seattle Sounders and the St. Louis Stars in the playoffs, and reached the championship match.