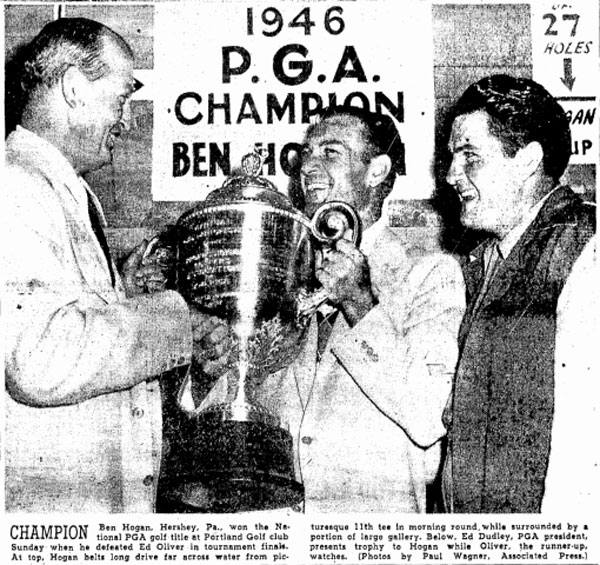 The lean, swarthy Irishman, who never before had advanced beyond the quarter-finals in a PGA title tourney, had the stamina, skill and heart to fight back from a three-stroke deficit at the end of the 18-hole morning play to overpower [Ed “Porky”] Oliver with a blazing array of shots in the afternoon and clinch one of golf’s greatest prizes.

In his lengthy career Ben Hogan had 64 PGA tour wins, including another PGA Championship two years later in 1948.