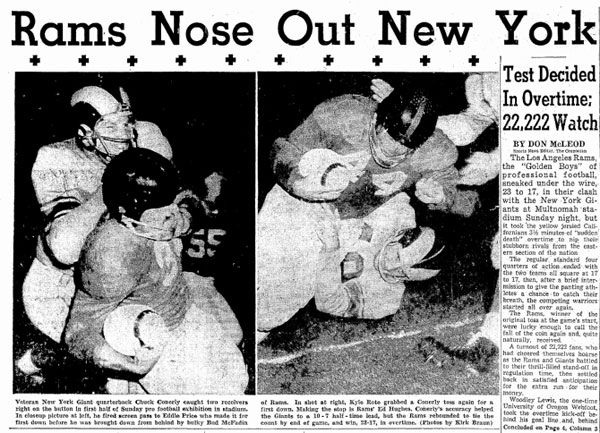 Harry Glickman, the exhibition game’s promoter (and one of the future founders of the Portland Trail Blazers) had pressed the NFL for the overtime permission, and as luck would have it the game ended all tied up at 17-17.