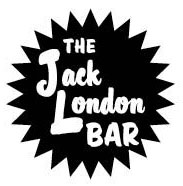 The Jack London bar (basement of the Rialto, SW 4th and Alder) hosts a free lecture most Tuesday evenings. Free to get in, but must be 21 or over – there’s a full bar!

The topic of the installment this Tuesday, September 25, 2012 is Mythology of Voodoo:

Dr. Kate Bruner will be telling us about mythology from sub-Saharan Africa and the Caribbean. How are they related? The slaves brought to the Caribbean from Africa brought their religions with them, merged them with Christianity to form, among other belief systems, voudon, AKA Voodoo.

A lot of material is going to be covered, including Muslim influence on African myth, Ethiopian myth, Placatory religion, Deism vs. animisn vs. fetichism. Placatory religion, ancestor worship and fear of ghosts. Caribbean syncretism, voudoun, image magic and curses. The truth about zombies. Santaria. Marie Laveau. And MUCH more.