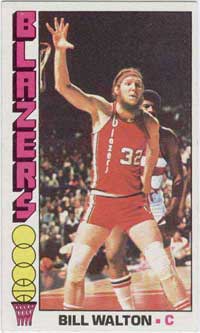 Several of the food carts have been open a few weeks already, but the official Grand Opening of the Mississippi Marketplace (4233 N Mississippi, at Skidmore) takes place this Saturday from 1 until 6pm.

Roger Goldingay, the former NASL Timbers player and developer of the marketplace, has revealed also that there will be a special guest at the gala: his old friend and Trailblazers legend Bill Walton will be making an appearance.