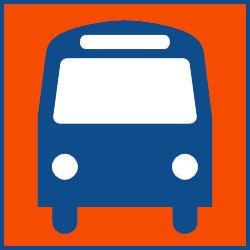 Last week Heather and I launched TriMet Diaries. We knew, in our Portland take on Muni Diaries, we had something good, but the interest and attention has been overwhelming!

We also received an encouraging comment by Christian, proprietor of TriMetiquette, on the launch post. And Punkrawkers blogs on and Bojack have also blogged about the site.

Last Thursday we posted F*ck You TriMet: A Love Story, a short film by Sam Brosnan. This beautifully shot but confusingly plotted video that takes a lot of geographic liberties piqued the interest of some of our more, uh, persnickety, readers. Analyses of the film soon appeared on MAX FAQs and Hard Drive.

Heather and I have a stash of Portland transit related posts on our own blogs to mine for TriMet Diaries (Heather’s are especially amusing!), but the point of the site is to provide a forum for Portland transit riders to contribute their own stories. Thank you to William Reagan (TriMet Vignette) and Torrid Joe (Short Bus, Short Fuse) for already sending in stories! We’ve also been promised enough reader contributed stories to last for months – please send them in!

And just this morning Thrillist featured our humble site: TriMet Diaries: Like The Princess Diaries, with less Hector Elizondo and more public transportation. Thrillist, for you philistines [which I was a member of until late last week] is an online digital lifestyle publication which recently expanded to Portland with Patrick Alan Coleman, formerly of the Portland Mercury, at the reins.

Thank you all, and keep reading, linking, and sharing!